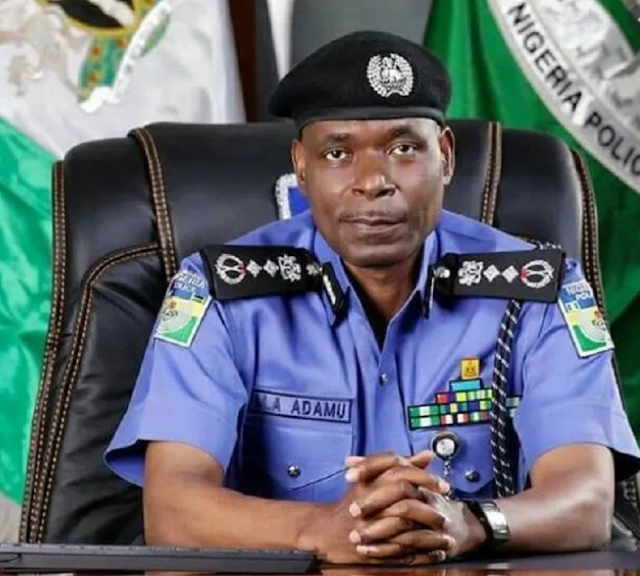 The Oyo State Command of the Nigeria Security and Civil Defence Corps has arrested one Sam Olukunle, who claimed to be a pastor, for parading himself as a manager to a renowned gospel artiste, Evangelist Bola Are.

Olukunle was paraded on Friday at the NSCDC headquarters, Agodi, Ibadan, following his arrest on Sunday, December 20, for allegedly parading himself as a staff to the popular gospel artiste.

All efforts made to hear Olukunle’s side of the story were abortive as the suspect refused to respond to questions thrown at him during the parade. Looking pale and marasmic, he was said to have refused to eat or talk to anybody ever since his apprehension  by security agents.

He was said to have been confirmed medically okay and in the right frame of mind by medical officials when taken to the hospital for a check-up.

During an interview, Are, denied ever hiring the suspect saying at no time was he hired, adding that neither was he a student of Bola Are School of Gospel Music nor a member of her band as he had alleged.

According to her, efforts to track Sam down had been abortive for several years before he was eventually apprehended  by men of the NSCDC during the year 2020 Christmas Carol at Agodi.

“Like many other people who graced the occasion, the man came for the Carol introducing himself as Pastor Sam Femi Olukunle. After the programme, he stole a rented keyboard that costs about N800,000. But, to God be the glory, we caught him and that was how I knew him”.

“Olukunle had never been a student of Bola Are School of Gospel Music nor had he ever been a member of my band. He had also never been a member of my church and our paths never crossed except for that day when he was caught. This man once went to Federal Polytechnic, Ede to collect money by lying that I was billed to perform at the Christian fellowship. He was said to have made arrangements for handbills and billboard without my knowledge”.

“He equally reportedly went to Agbowo in Ibadan claiming that he was my manager. As he usually did, he asked for money. We caught wind of it, but before we arrived at the place with security men he had escaped. All efforts to get him arrested were abortive until his last attempt”.

“At Christ Apostolic Church, Eleta, Ibadan, he distributed handbills leaving the impression that he was my manager. He went about saying that Evangelist Bola Are would be coming to Akure, Ondo State, to perform at a particular church on January 7. The Pastor who heads the church happens to be my husband’s friend. He called me to ascertain the fact on the telephone but before I got there he had run away. He was eventually caught last weekend”.

“While I was performing last Sunday at the Government House at the Pilgrims Board Christmas Carol, one of my boys called to say that Sam Femi Olukunle had been arrested. I quickly ran to the NSCDC headquarters’.

“I seize this opportunity to tell members of the public that I don’t have any business link with Sam Femi Olukunle and I have never hired or commissioned him to represent me or my interest anywhere. Nobody should transact any business with him in my name.”

The Public Relations Officer, NSCDC, Oyo State Command, Mr Oluwole Olusegun, said investigations showed that the suspect has, for long, been defrauding members of the public, adding, “He was caught red-handed and the matter was investigated. He refused to talk and has also rejected food”.

“‘Until when he was arrested, he had been using Mama Bola Are’s name to defraud unsuspecting members of the public of money. Those in his shoes should desist from the act else, the long arm of the law would soon catch up with them.”