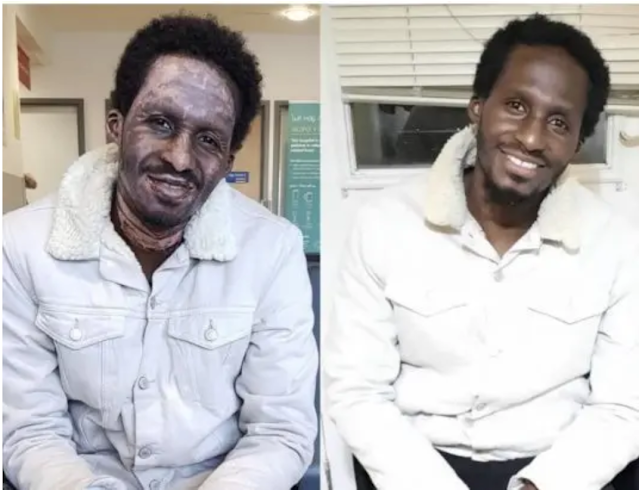 A man who survived 2nd degree burns as a result of a domestic fire incident shared before and after pictures of himself.

Burn survival claimed it was a second-degree burn, and it revealed how much his condition changed since the incident.