PSG advanced to the last 16 of the competition with a 7-0 win at Lens’ Stade Bollaert-Delelis, with Mbappe assisting on all but one of their goals.

The sixth-tier opposition, who were technically the home team, did not appear intimidated and played some attractive football early on, but the floodgates opened when Mbappe put PSG ahead after 29 minutes. 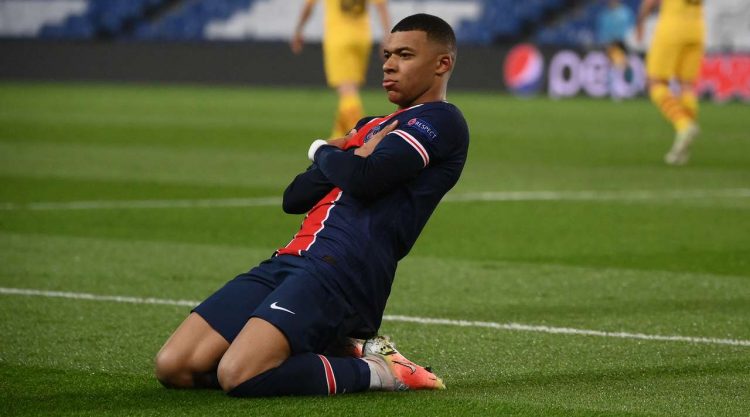 It was 4-0 by half-time, with Mbappe netting three and setting up Neymar – the France forward added another two after the break to become the first player in PSG history to score five times in one match.

Carlos Soler – the scorer of PSG’s other goal – also impressed, but it was Mbappe and Neymar whom Galtier focused on.

“I’m not going to say he’s going to gain confidence [from scoring five goals], but he’s up to his standard.

“It was important for him and Neymar to play the full game. They combined a lot and looked after each other a lot. It was good for them.”

Such a contest represented the risk of a major shock for PSG, but there was never any real danger of a defeat as the Parisians produced a thoroughly professional display.

Mbappe believes that reflected the respect they have for lower-league opposition.

“We’re happy, we came to qualify and respect this team,” he said.

“Respect means playing at our level. We’re happy. It was a great opportunity for [Pays de Cassel], and for us because we also come from amateur football.

“We are very happy to come and play, and it is an important competition for Paris Saint-Germain.”

On the other side of things, Pays de Cassel coach Samuel Goethals spoke of his pride despite the heavy defeat, highlighting how playing in front of such a crowd was by no means a regular occurrence.

“It’s still a source of great pride,” he added. “The game was complicated, we did things within our means. I’m super proud of the group.

“We knew the balance of power was going to be very unbalanced, and it was unprecedented for each of us to play in front of 35,000 people, but I saw a yellow and black stadium, it was magnificent to experience.

“You have to be real, we are in Regional One, the sixth division, we are amateurs, and this was seen on the field. I would have preferred that we conceded one or two goals less, but [the match’s speed] was too fast.”