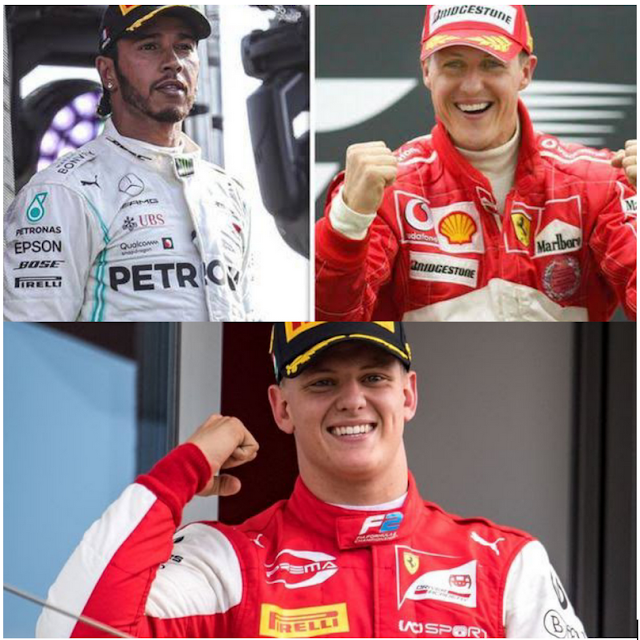 Mick Schumacher, the son of.the legendary Formula one racer, Michael Schumacher has aimed a dig at Lewis Hamilton, calling his dad the best Formula One driver of all time. 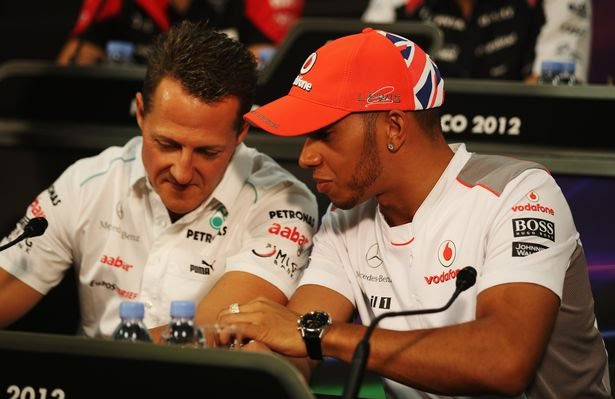 Lewis Hamilton equalled Schumacher’s record of seven World Drivers’ Championships and reach his peak for the most wins in F1 history this year.

Mick, 21, will make his own F1 launch next year, having signed a multi-year contract to drive for Haas alongside Nikita Mazepin.

In December 2013, Schumacher suffered a severe brain injury in a skiing accident. He was placed in a medically induced coma until June 2014. He left hospital in Grenoble for further rehabilitation at the University Hospital of Lausanne, before being transfered  to his home to receive medical treatment and rehabilitation privately in September 2014. 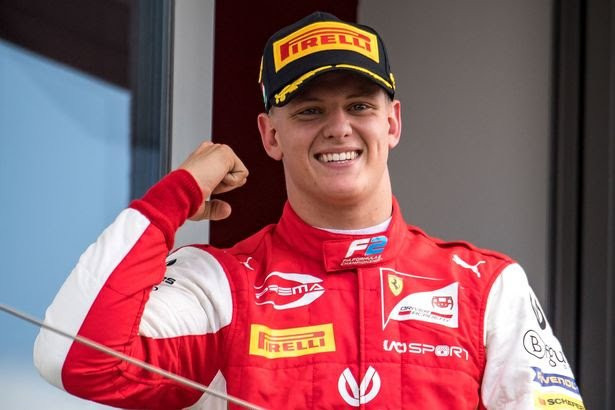 In an interview with German outlet Bild, Mick Schumacher was asked about the constant comparisons with his legendary father and disclosed they do not bother him because he considers his father to be the best ever.

“I’m okay with that; all the questions and comparisons with my father do not bother me,” he said. “For me, he is the all-time best in this sport, to which he has given his all. I don’t see why I should disregard that.”

“Asked about his impending debut, Schumacher added: “It will generally be a very special moment. It will certainly be a very moving moment, but I want to stay focused on my objectives, my races and the work with the team.”

He is also looking forward to racing against fellow German driver Sebastian Vettel, who will be representing the newly-branded Aston Martin team.

“Of course it’s funny, now we’re racing against each other,” he added. “I didn’t think I’d ever say that. But I’m looking forward to it!

“Seb is the one I’ve talked to the most and who I know best. Of course there are also guys in Formula 1 who I already know from karting. But I’ve known Seb the longest.”

Vettel has previously spoken about trying to help Mick improve, saying: “I am a Michael fan. I’m happy to help where I can, Mick is a great guy, I have a very special connection to his father.

“I’m happy to help where I can, Mick is a great guy, I have a very special connection to his father. From my side, I really like him, we get on well, and I’m happy to tell him everything I know.

“I watched his father winning a lot more races than he could have watched me win! I would be happy to help. The way I look at him, I see him as a person, where I can help him in his life or on track with some of the things I went through in my career.

“I’m happy to help, but I think it’s important for him to find his own path, follow his own way. As much as it helped me that Michael had things to say when I asked, I’m trying to do the same thing to him.”