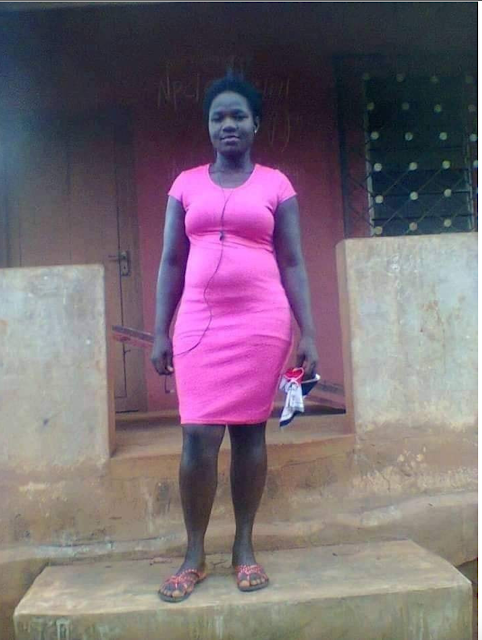 A young lady, Egbe Ogocukwu Rita, who had been reported missing in Uwelu-Ibeku in Opi Region, Nsukka Local Government Area of the State of Enugu, was found dead.

According to sources, her body was found on Saturday, December 19, with several stab wounds and some of her pubic hair missing.

It was gathered that the deceased was missing on Saturday, December 12, when she went to visit the neighbouring village of Amukpa Ogbozala, Opi, where her body was discovered.

Her death was confirmed on Saturday 19 December by a community member, Engineer Nnabuike, who initially reported missing persons. 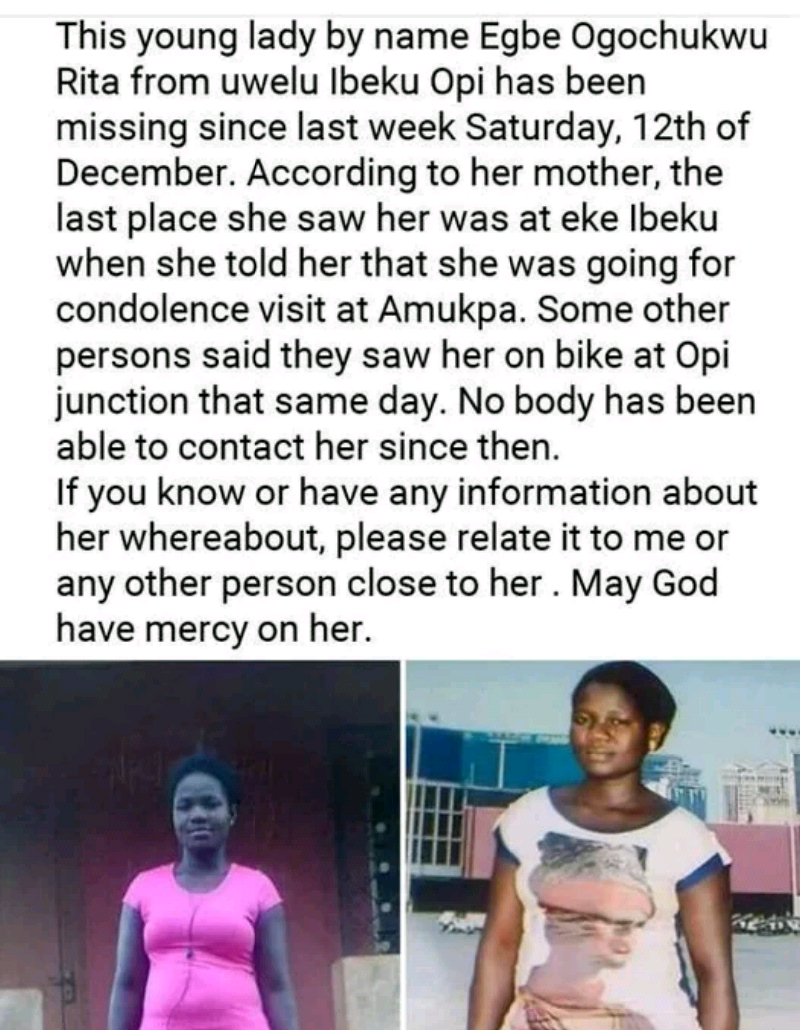 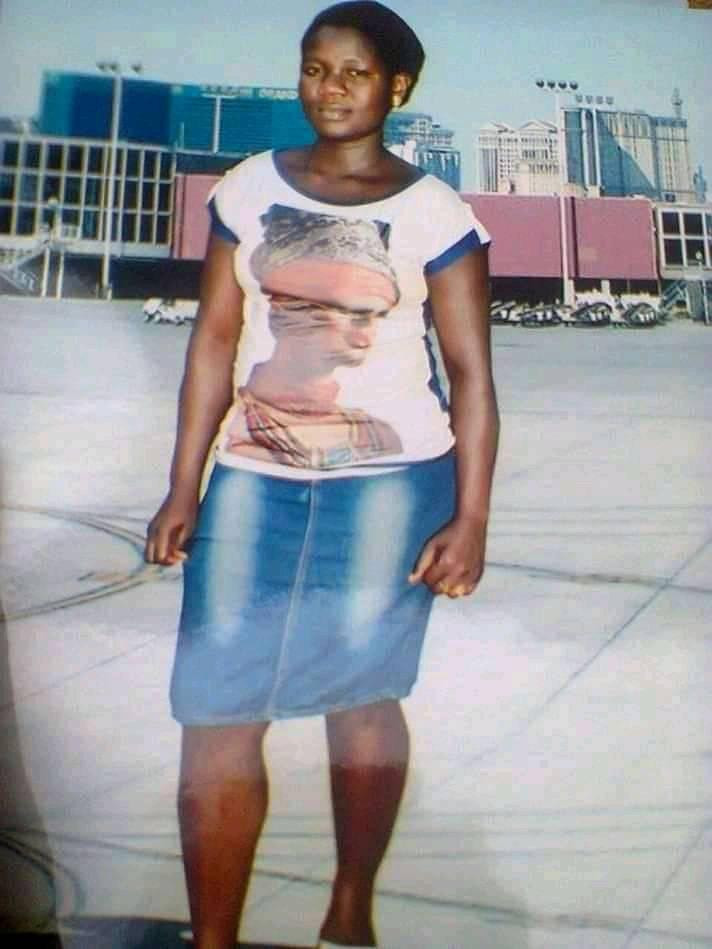 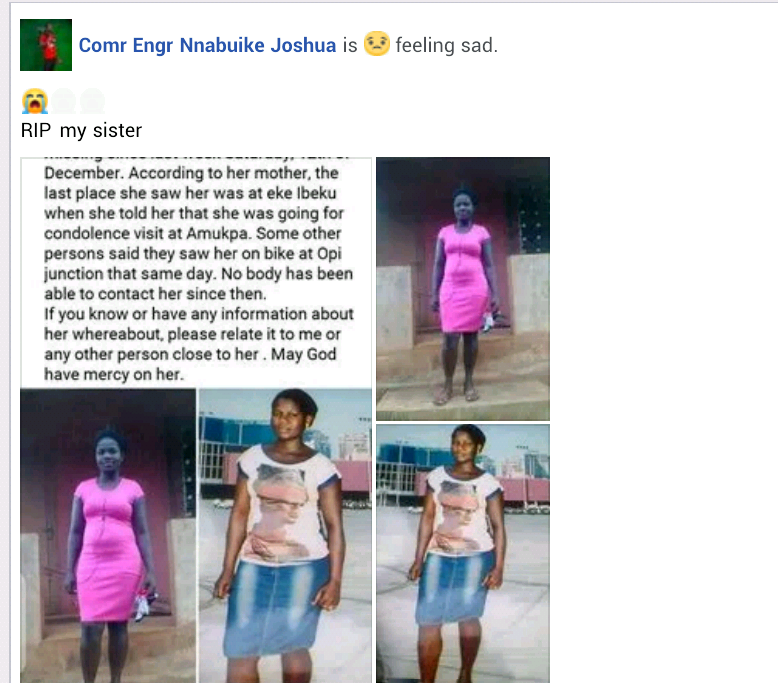 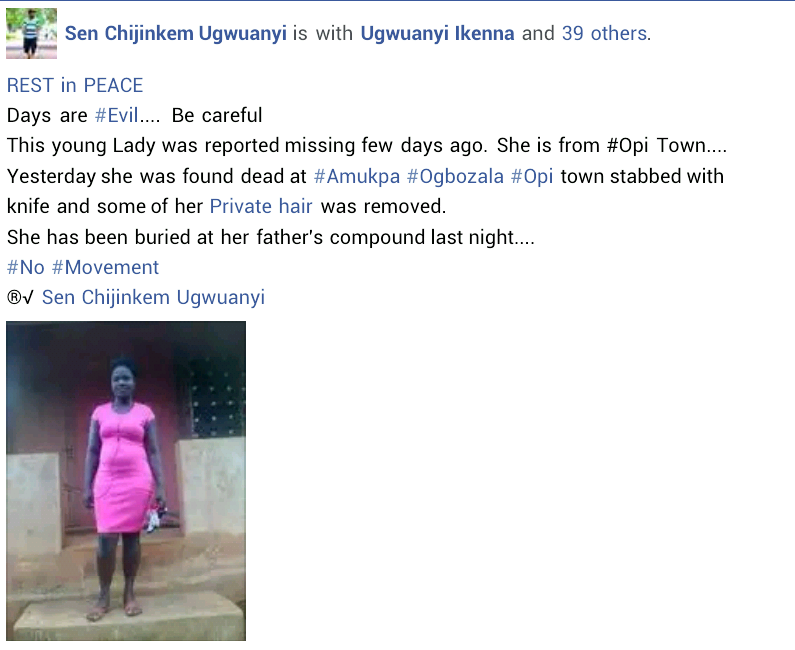