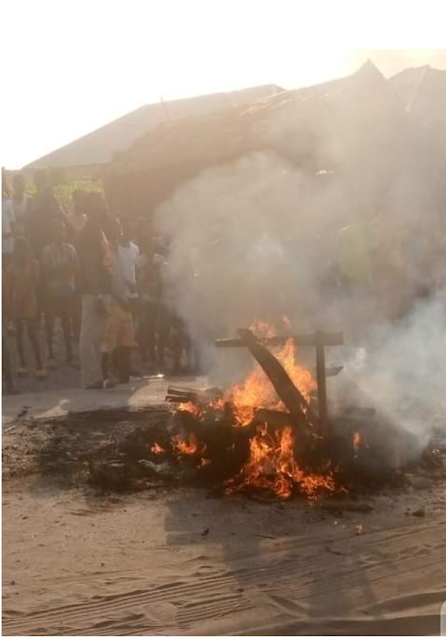 2 suspected robbers has been  burnt to death by an angry crowd  at Ugbokodo in Okpe Local Government Area of Delta State.

The 2 presumed robbers were said to be members of a four-man gang that were accused of  raped case involving a pregnant woman at about 2:00 a.m on Tuesday, December 22, at the Holy Ghost Dominion Bible Church,  Ugbokodo axis.

Sources testified the gang also robbed their victims of valuables including money and mobile phones.

2of them were caught while the other 2 managed to escaped.

It was learnt that the suspects pleaded with the crowd not to kill them rather spare  their lives but their pleas were over looked and they were set ablazed. 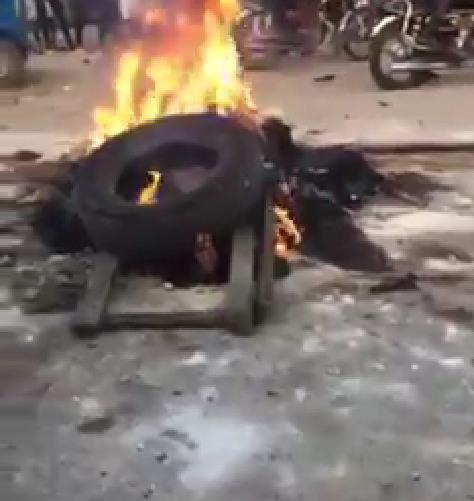 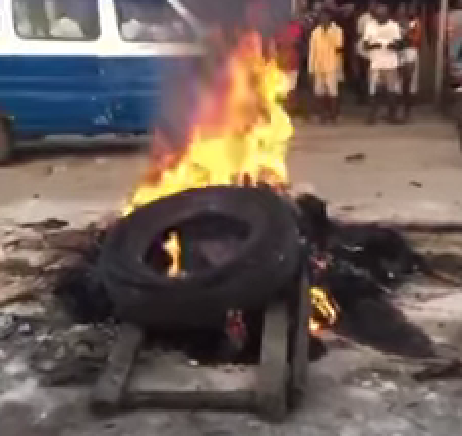 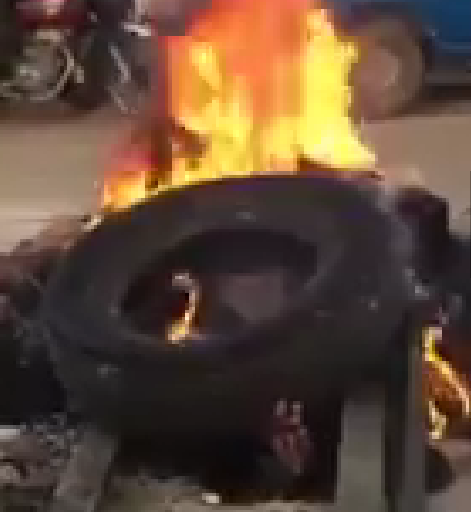 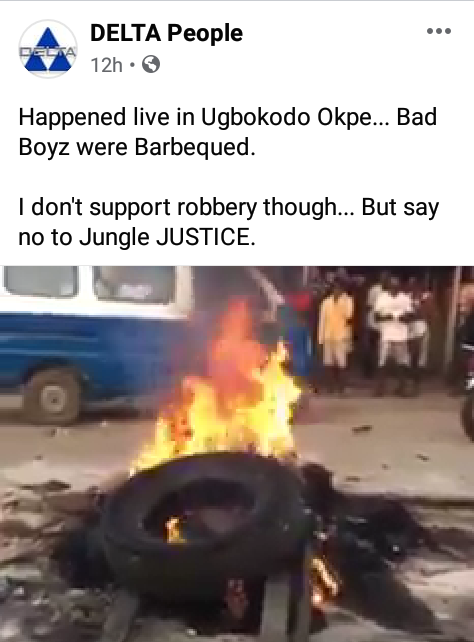