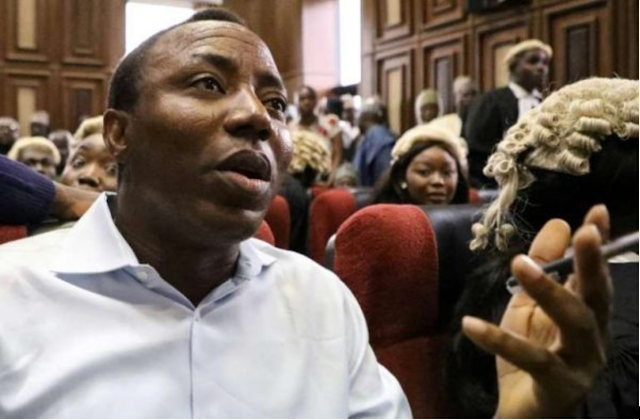 The Federal Capital Territory (FCT) High Court has granted the Inspector-General of Police, Mohammed Adamu’s prayer in the N10 billion suit filed against Omoyele Sowore, publisher of Sahara Reporters, to appear before it over an accused false media report.

Izinyon had, in the application, sought an order of the court, “granting leave to the claimant/applicant (Adamu) to issue and serve the writ of summons and statement of claim on the defendant who resides at No. 1, Mosafejo Street, Kiribo, Ese-Odo LGA, Ondo State, outside the jurisdiction of this honorable court”.

“An order of this honorable court under the grant of prayer 1 above for leave to serve the writ of summons and statement of claim, witness statement and other processes filed on the defendant by substituted means by pasting same at No. 1, Mosafejo Street, Kiribo, Ese-Odo LGA, Ondo State, and such service to be deemed as proper service”.

IGP Adamu described as falsehood a report published by the media outfit, on Aug. 3, accusing him of illegally raising funds to build a Police Training School in Nasarawa State.

Adamu, through his lawyer, Izinyon, had threatened to file a N10 billion suit against the online platform and its publisher, Sowore, unless an apology was tendered within seven days of the letter addressed to the media house on Aug. 6.

He had vowed to file the suit except “a written and unequivocal retraction with an apology carried with the same prominence on its platform and three national dailies” was done.

However, in a writ of summoning with suit number: CU/3506/2020 dated and filed on Dec.21, Izinyon sought “a declaration that the words published by the defendant against the claimant in the online website of Sahara Reporters of Aug. 3 falsely and maliciously written, published to the general public and therefore was defamatory of the person of the claimant”.

The lawyer also urged the court to make an order, restraining the media outfit from publishing defamatory reports against his client any longer.

Thereafter, the judge adjourned the matter until Jan. 26, 2021, for a hearing.