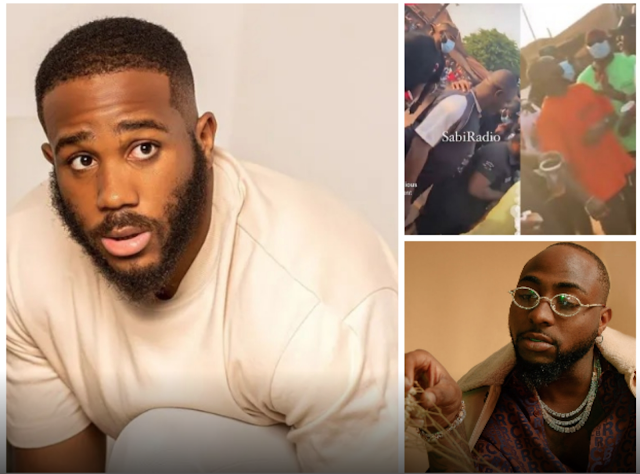 Netizens have trolled Kiddwaya after he was seen around with Davido in Benue State.

Kiddwaya has gone to his native state (Benue) in company of his new friend Davido, the award winning Nigeria singer.  Being a star from Big Brother House, he would have gotten much attention from his fans but apparently, all attention was on given Davido.

The duo became friends following his involvement in the Big Brother reality show and being a billionaire’s son as well.

However, social media users after coming across the video have made some comments to mock Erica Nlewedim’s love interest. According to the Instagram users, the Ciroc ambassador looks like a bodyguard to Davido due to his stature.