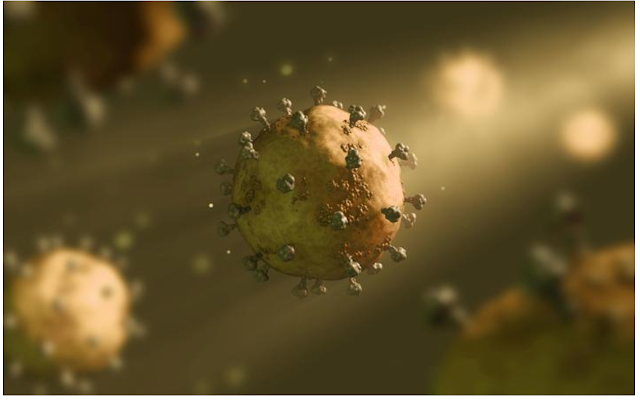 It concludes the new variant increases the Reproduction or R number by between 0.4 and 0.7.

The increase in transmission rate is a concern for countries like the UK which have struggled to contain the virus. The UK’s latest R number has been estimated at between 1.1 and 1.3. It needs to be below 1.0 for the number of cases to start falling.

Prof Axel Gandy of London’s Imperial College said the differences between the viruses types was “quite extreme”.

“There is a huge difference in how easily the variant virus spreads,” he told BBC News. “This is the most serious change in the virus since the epidemic began,” he added.

The Imperial College study suggests transmission of the new variant tripled during England’s November lockdown while the previous version was reduced by a third.

Cases of Covid-19 have begun to increase rapidly in the UK, and the number of cases recorded in a single day reached a new high on Thursday.

But the very latest data indicates that it was spreading quickly across all age groups, according to Prof Gandy who was a member of the research team.

“One possible explanation is that the early data was collected during the time of the November lockdown where schools were open and the activities of the adult population were more restricted. We are seeing now that the new virus has increased infectiousness across all age groups.”

The new virus has been designated “Variant of Concern 202012/01” or VOC by Public Health England.

It was detected in November and thought to have originated in the south-east England in September.

There is no evidence to suggest that it is more deadly, but it will increase the number of cases which in turn will add further pressure on the NHS.

The variant can now be found across the UK, except Northern Ireland, but it is heavily concentrated in London, as well as south-east and eastern England, as well as in the US, Canada, Japan and other parts of Europe. 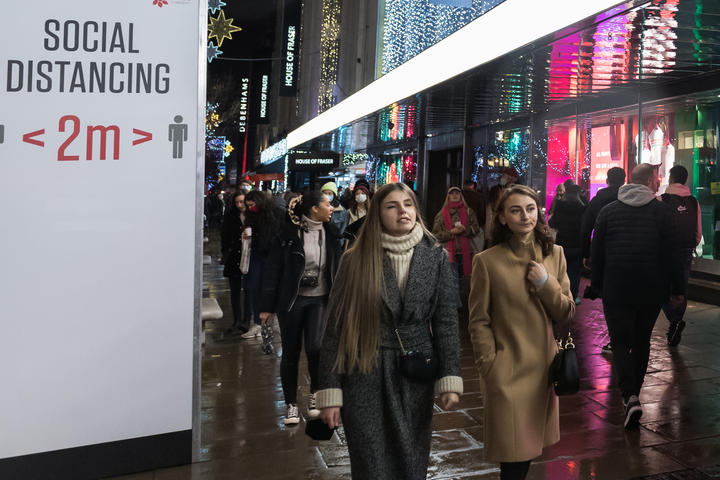 Tougher restrictions in the UK

Prof Jim Naismith, of Oxford University, said he believed that the new findings indicated that even tougher restrictions would soon be needed.

“The data from Imperial represent the best analysis to date and imply that the measures we have employed to date, would – with the new virus – fail to reduce the R number to below 1.

“In simpler terms, unless we do something different the new virus strain is going to continue to spread, more infections, more hospitalisations and more deaths.”

The R number is the average number of people an infected person infects. If it is above 1 the epidemic is growing.

Professor Lawrence Young, of Warwick University, said early indications suggested that vaccines would be effective against the new form of the virus.

“Variants virus have been around since the beginning of the pandemic and are a product of the natural process by which viruses develop and adapt to their hosts as they replicate.

“Most of these mutations have no effect on the behaviour of the virus but very occasionally they can improve the ability of the virus to infect and/or become more resistant to the body’s immune response.”

Further research is needed to understand why the variant is spreading so quickly. But early indications are that vaccines should be effective against it.

The most chilling finding from this piece of research is that the November lockdown in England, hard though it was for many people, would not have stopped the variant form of the virus spreading. The same severe restrictions that saw cases of the previous version of the virus fall by a third, would see a tripling of the new variant. This is why there has been such a sudden tightening of restrictions across the country.

It is unclear whether the current restrictions will be enough to control the spread of the virus. Given the fact that it has taken two lockdowns to stop the earlier version of the virus overwhelming the NHS, many scientists fear that further tightening will be necessary.

Infection levels will begin to drop as enough people are vaccinated. But until then it is now more important than ever for people to follow social distancing guidelines, wear masks where required and to regularly wash their hands.

The new year brings with it hope of a more normal life in the next few months but also a new form of the virus that all of us will have to combat in the coming days and weeks.