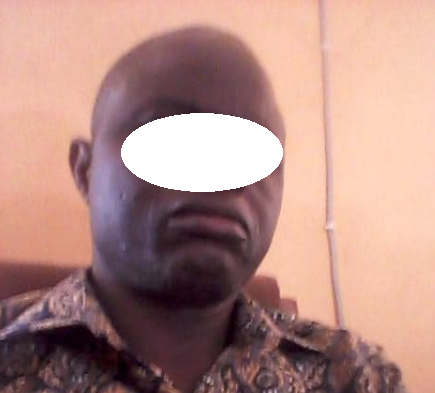 A man has gone on Facebook to call out one of his secondary school teachers, saying he allegedly put him through depression.

Kevin Tita alleged that his teacher  Mr. Ben made his life miserable as a student of First Baptist High School.

He said,  Mr. Ben had favourites and treated some well, while he was harsh to those he didn’t like. He added that the teacher’s behaviour towards him made it difficult for him to relax and learn.

A lot of the old students of Baptists High School has defended the teacher and quoted Kevin wrong. However, Kevin has threatened to block them.

He said it has been over 11 years out of the school, and it’s still fresh in his mind and won’t be easy to forgive him. 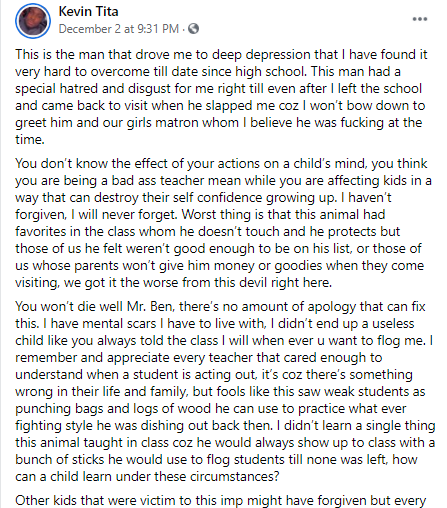 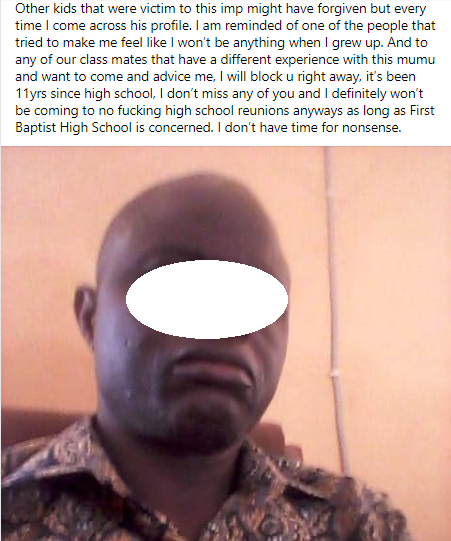 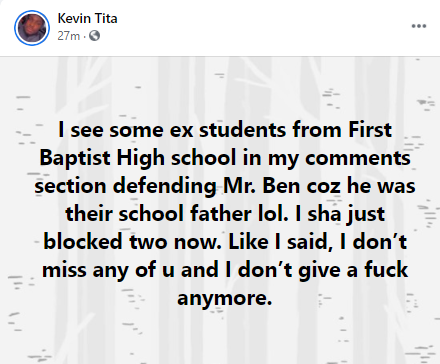