Nigeria Association of Social Workers (NASoW) has elected a new crop of executives to pilot the affairs of the association for another four years.

The association made this disclosure via a statement made available to journalists on Monday.

The association in the statement made available to journalists in Ibadan, through its National Public Relations Officer, Mr Musliudeen Atanda Adebayo declared that the election of the new national executives took place in Calabar, Cross River State on Friday.

Our correspondent gathered that the election which had Mr Amidu Latifu Adeniyi as chairman of the electoral committee was part of activities of the 38th Annual National Conference and Annual General Meeting of the association held between Tuesday 15th and Saturday 19th November 2022 in Calabar. 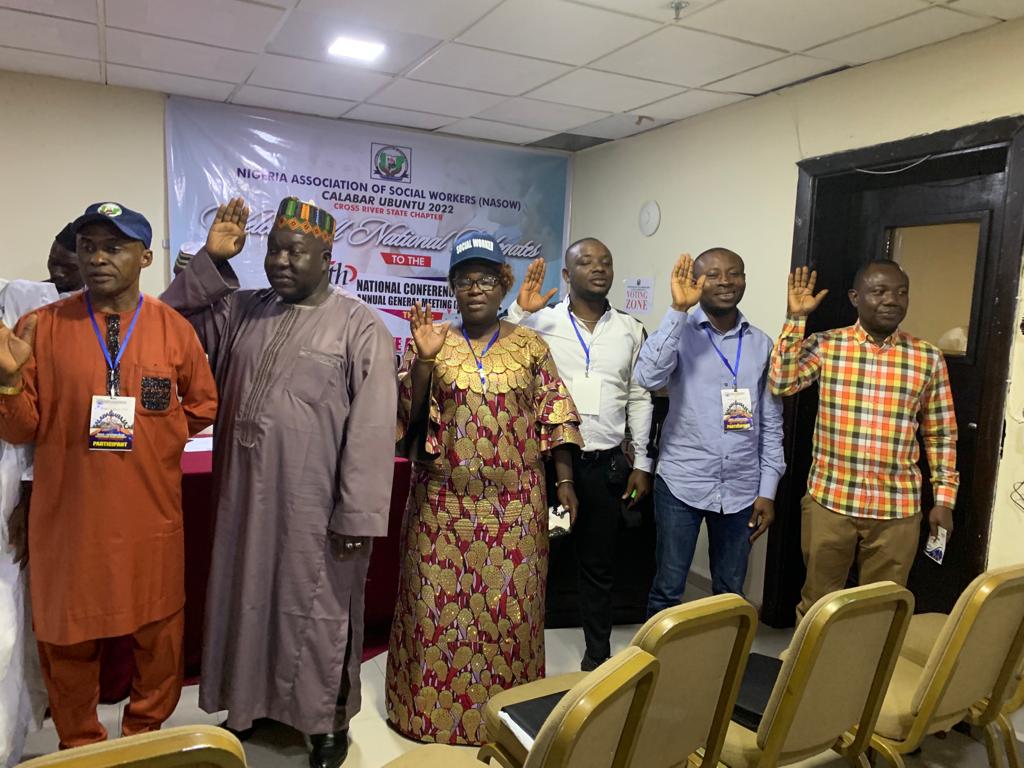 Mustapha in his inaugural speech said that it is a great opportunity to serve the association for another four years.

He said: “It is a great opportunity for me to accept this leadership position again. The glory is not for me alone, it is for all of us. I congratulate all other executives for their emergence. In my capacity as the president of the association, I wish to announce that I have appointed former President of the association, Pastor Nathaniel Kolawole Olawale as Ex-Officio, Barrister Babalola Olayemi as Legal Adviser and Dr Hezekiah Gimba Dikop, Head of Social Work Department, University of Jos, Plateau State as Editor-in-Chief”.