The Nigerian Super Falcons won the 2021 Women’s Cup in Antalya, Turkey, after a 9-0 thrashing of Equatorial Guinea.

Glory Ogbonna opened the score for Nigeria in the ninth minute of the game before Captain Oshoala scored two goals from the spot in the 12th and 13th minutes, followed by a third in the 26th minute.

In the 36th minute, Uchenna Kalu made it 5-0, while Eibar forward Charity Adule scored the sixth goal with a fine header three minutes later. 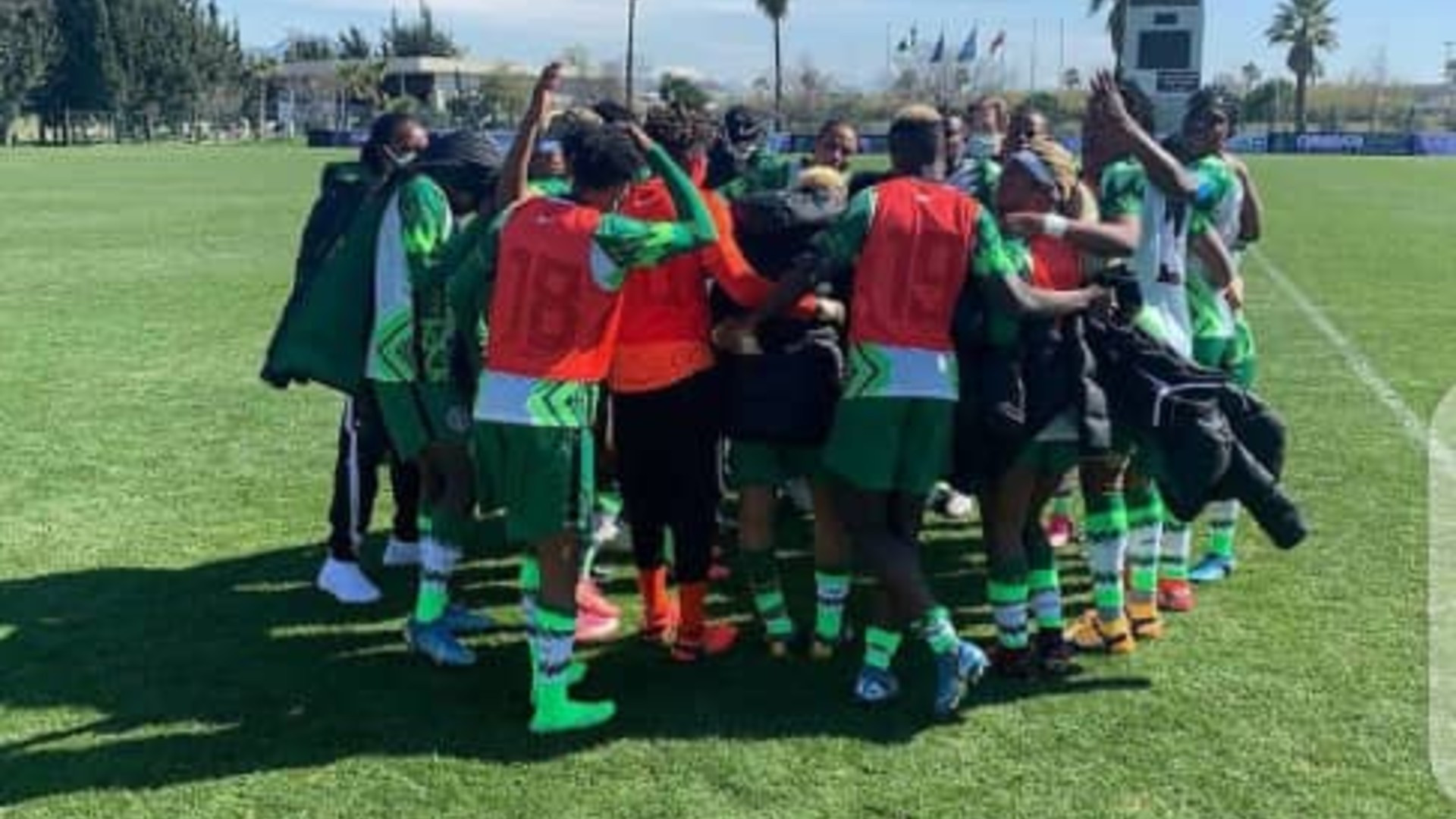 Toni Payne sealed the first half with a 43rd minute thunderous strike to insure that the Falcons took a seven-goal lead in the half-time break.

In the second half, Substitute Gift scored an eighth goal in the 69th minute before Oshoala broke her fourth goal of the game in the 85th minute to seal an emphatic victory for the African champions.

READ ALSO:  Teachers suspended after offering students the assignment to consider if they would discipline a slave 'who had disrespected his master'

Falcons finished as champions with nine points out of three matches, 11 goals scored and none conceded.

The Super Falcons are now the first African team to win the tournament after three consecutive victories.

Speaking after the game, Falcon’s captain, Oshoala said, “As a team, I’m very pleased, and I’m also happy with the attitude of the girls in the tournament because we’ve all come out to make sure we’ve had fun.

“We’ve worked very hard, too. We just want to make sure we do our best and keep getting as good results and goals as we can,” she said to NFF Media.

Bayern Munich striker, Robert Lewandowski, is now the third top scorer of all time in the Champions League. The Pole Read more

Neil Lennon has resigned as manager of Celtic with the club 18 points behind Scottish Premiership leaders, Rangers.   Lennon, Read more

Erling Haaland’s agent, Mino Raiola, has claimed there are four Premier League clubs who could compete for the Borussia Dortmund Read more