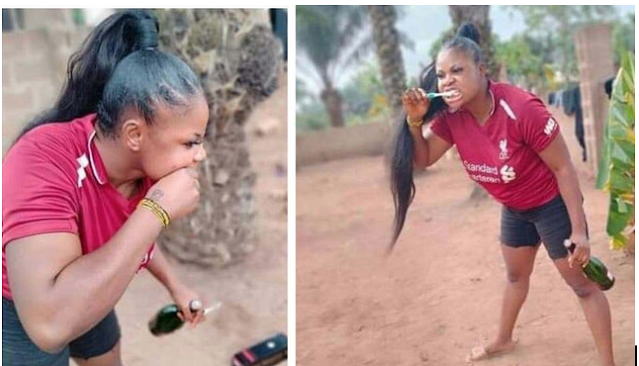 A Nigerian woman has vowed not to brush her with water this year, as she shares photos of herself brushing her teeth with bottle of Remy Martin.

The lady identified as Annastasia Michael on Facebook, vowed not to do what everyone is doing because she’s creating her own style.

According to her, the easiest way to be rich is to act rich. She also revealed that she is tripling her hustle 2021.

She said that her new year resolution is  brushing her teeth with whole bottle of Remi_Martins vsop, which she called “Big girl brushing”.