Nnamdi Kanu, the leader of the Indigenous People of Biafra, has requested N20 billion in compensation from Abubakar Malami, the Attorney General of the Federation and Minister of Justice.

Kanu sought restitution following alleged defamatory and libellous charges made against him.

The IPOB commander, Aloy Ejimakor, argued through his Special Counsel that Malami’s accusation that he jumped bail despite a court decision clearing him was libellous. 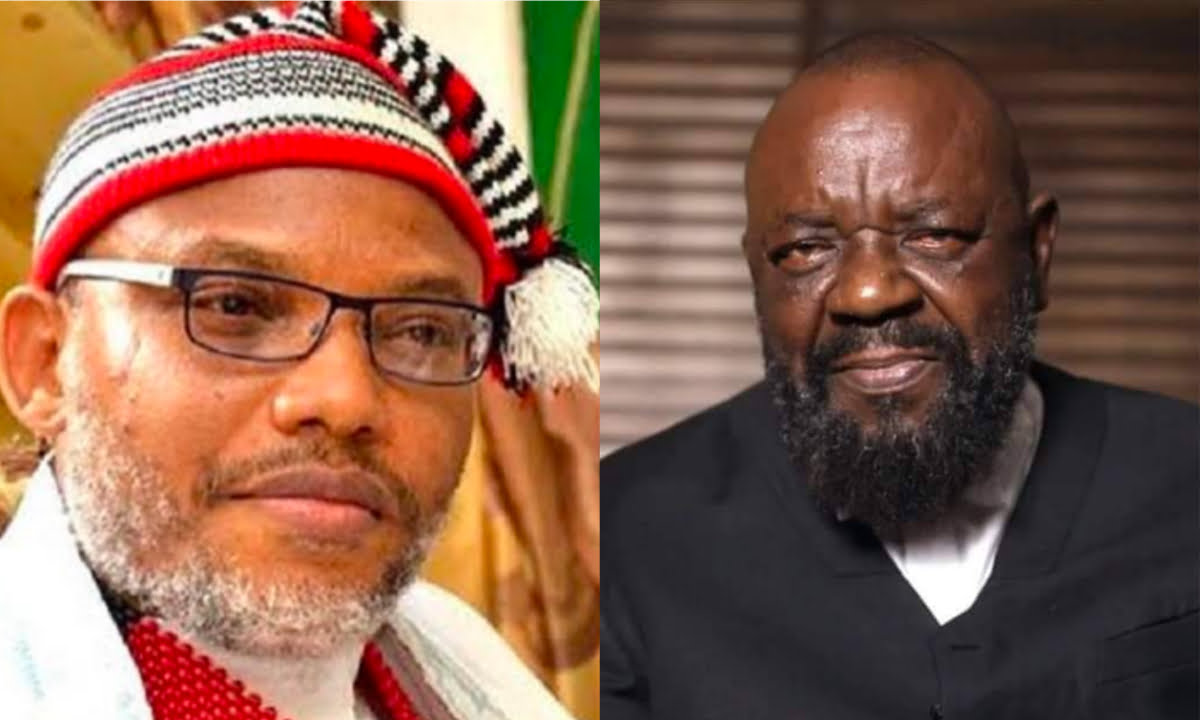 Recall that the military had invaded Kanu’s premises at Isiama Afaraukwu Ibeku, Abia State on 10th September, 2017, and this led to him fleeing the country.

The alleged invasion was contested and tagged a violation of Kanu’s fundamental human right.

But, the courts ruled that the invasion was unlawful, illegal, and unconstitutional.

“Let me talk first of the rule of law. This is someone that has been granted bail on account of charges that have been preferred against him at the court. Someone jumping bail to the international community, a case of a fugitive is established against the background of jumping the bail.

“Two, arising from the national security, this is someone that is charged with treason, incitement and destruction of civil authority, murder and assassination of others on account of his incitement, that boils down to issues of national security and criminality.

“Three, on account of international diplomacy, this is someone that has against his person, used the international community or a foreign country to launch an attack against a nation, against his nation for that matter.

“So all these naturally come into play to determine what to do. So if you have, through judicial processes, established multiple cases of treason, homicide, and bail-jumping, among others, the fact that you have indeed succeeded in one case as against multiple others that are pending, goes to establish the fact that that case cannot be the only basis and criterion for determining whether you are entitled to be released or not.”

Condemning Malami’s remark, Ejimakor said: “Despite the clear exoneration from jumping bail contained in the Judgment exhibited and quoted above, you have, after 19th January 2022 when this judgment was rendered, defamed and libelled our Client by your several utterances and publications (in national dailies) where you falsely stated that our Client jumped bail.

“In view of the said judgment of the Abia State High Court, your above utterances were false, malicious and reckless and they were read and heard worldwide and portrayed our Client in light.

Ejimakor stated this in a letter addressed to Malami tagged: “RE: Pre-action notice and formal demand for settlement of the claim of defamation/libel of the character of Mazi Nnamdi Kanu grounded on your false, defamatory and libelous publications that Mazi Nnamdi Kanu jumped bail.”

“An unreserved personal letter of apology, to be prominently and boldly published full-page in two Nigerian Newspapers of national circulation, namely: Guardian Newspaper and Sun Newspaper.

“You shall write and deliver to your superior officer(s) and/or your employer(s) a Legal Opinion to the effect that our Client did not jump bail in view of the 19th January 2022 Judgment of the High Court of Abia State.

“The foregoing demands are without prejudice to other options or terms for settlement that you may counter-propose in response to this Letter. We, therefore, request that, with a view to settling this claim out of court, you respond to this Letter by Legal Mail (to the email on this Letterhead) within three (3) days of the receipt of this Letter. In the event that you fail to do so, our Client shall immediately commence legal proceedings against you without any further notice.”