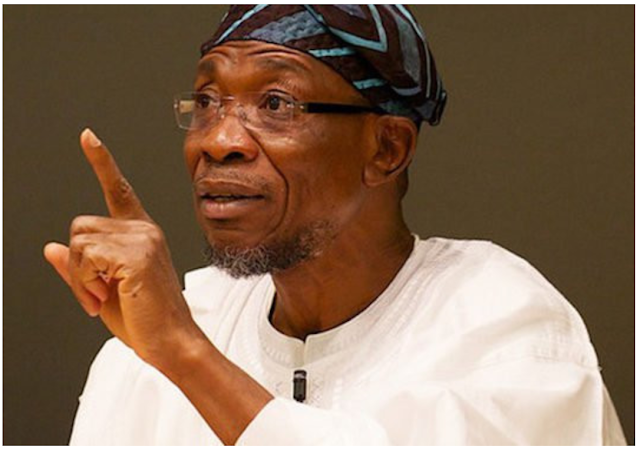 Mr Rauf Aregbesola , Minister of Interior has counseled Nigerian youths not to put their confidence on the government  for jobs.

Counseling the youths to engage in productive activities that can make them self-sufficient and gainfully employed at the grand finale of his stakeholders’” engagement for youths and women of Osun Central Senatorial District in Osogbo, Osun state’s capital, the Minister affirmed  that being over-dependent on public and private institutions for jobs would not solve the problem of  unemployment in the nation.

In a statement released by the ministry’s Director of Press Mohammed Manga, Aregbesola was quoted saying:

“That the limited number of white collar jobs, especially in the public sector, was inadequate to cater for the teeming youths that are being churned out into the labor market on yearly basis”.

“That it has become imperative for youths to look for other alternatives to become economically empowered, rather than wait endlessly for the government and private organizations to provide them with jobs”.