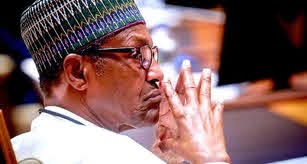 The Northern Elders Forum has told the President, Muhammadu Buhari, to resign as he has neglected the two major areas of security and economy and as such has nothing good to offer to Nigerian citizens.

He narrated his disappointment over Buhari’s failure to discharge his duties and fulfill the promises he made to Nigerian’s in 2015.

Still, on security issues, Baba-Ahmed recalled that PMB challenged ex-President Goodluck Jonathan in 2013 to resign from the office if he cannot control the incessant killings.

“However, it is his right to continue to be the president even if Nigerians are unhappy and unsatisfied with what he is doing, that is his right but we will not keep quiet; we will continue to speak up that he has failed Nigerians, he is failing Nigerians and under a democratic setting, we have to raise our voices and say, ‘Mr. President, you are just not good enough for this country’. That is just the simple truth”

“We have respected the President, we understand the difficulty he is facing and we understand how difficult it is to tell him to resign but we also have the democratic right to tell him, ‘Sorry sir, you cannot run this country, you have been given five, six years to do so and the situation is just getting worse and we believe that you have nothing new to offer and the only way is for you to resign’. We believe we are speaking for millions of Nigerians.”

Northern Elders has lamented over the gruesome killings and other atrocities that have happened during president Mohammadu Buhari’s government including the recent killing of the 43 rice farmers in Borno State.