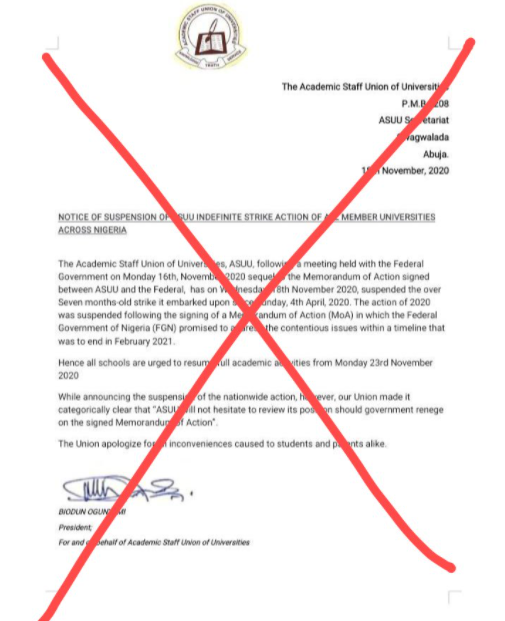 To address the rumor ASUU took to its Twitter account and put the facts straight. The rumors are fake news. “The Federal Government has said it will resume meeting with the Academic Staff Union of Universities on Friday.” which it says was made known on Wednesday night by The Ministry of Labour and Employment.

As far as ASUU concerned the upcoming meeting is expected to address various pending issues, including the contentious payment platform preferred by the union. 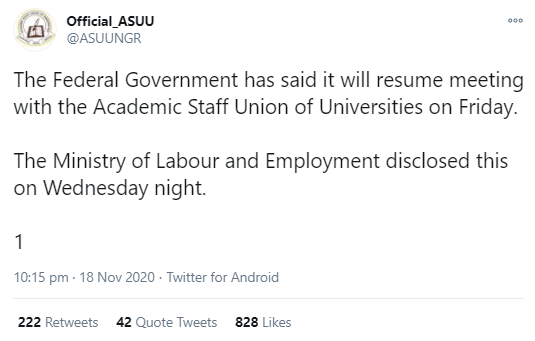 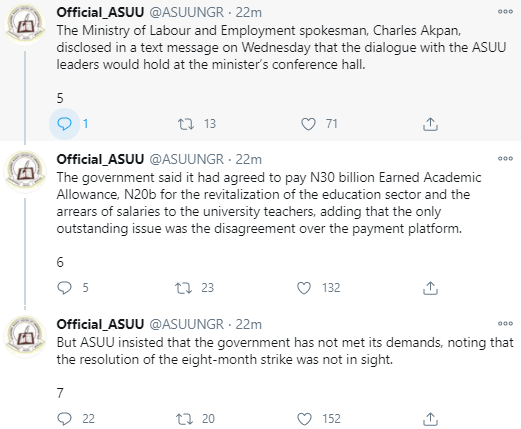 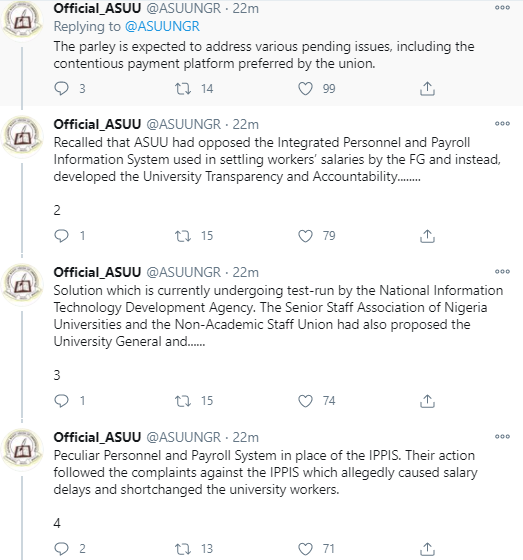