Nuella Njubigbo, a Nollywood actress, is overjoyed as her daughter, who she shares with ex-husband Tchidi Chikere, celebrates her birthday today.

The proud mother took to Instagram to write a sweet birthday message to her daughter.

Nuella, who was speechless, expressed her love for her daughter.

She expressed her undying love for her by describing her as her prayer partner, bestfriend, open heavens, and more. 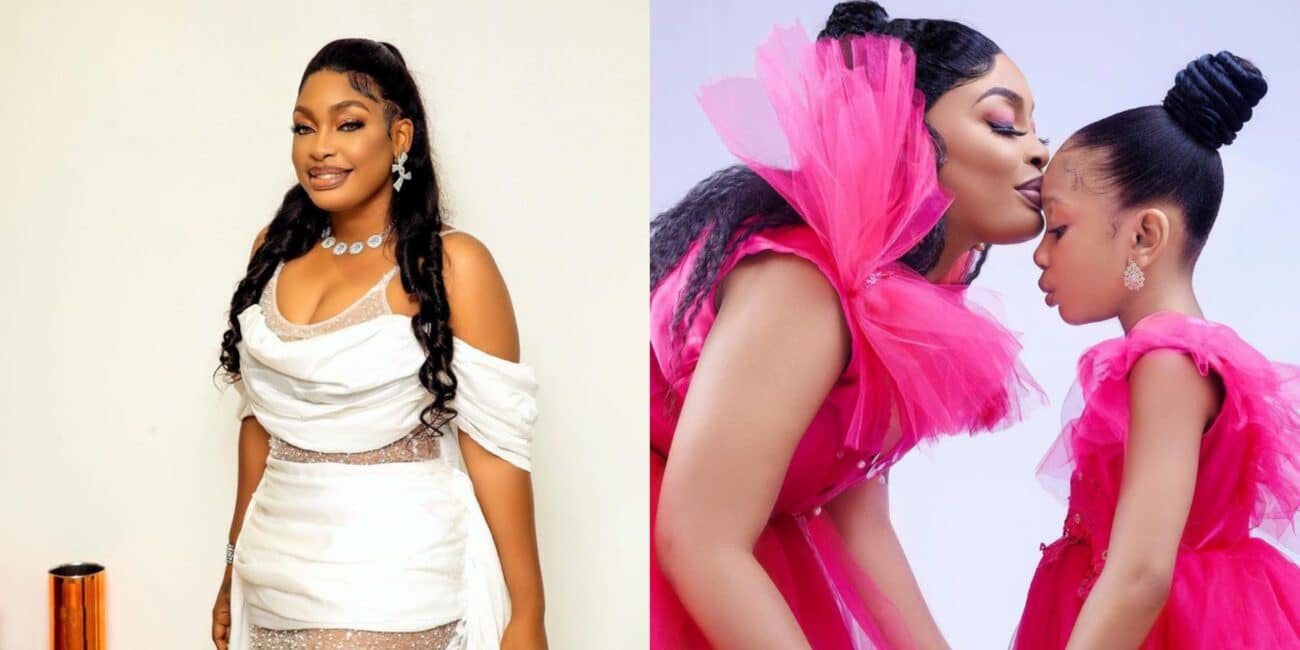 Tchidi Chikere opens up on his divorce from Nuella Njubigbo

Nuella Njubigbo, left many in shock when she parted ways with her husband and the father of her child in 2021.

Speaking out on the divorce, Tchidi Chikere had made a shocking revelation on how his actress wife, Nuella Njubigbo fled their home and divorced him.

For the first time since his split from the actress, Tchidi Chikere had spoken out on why his 7 year old marriage hit the rock.

He made this known after a troll carpeted him for defending Yul Edochie.

According to him, Nuella Njubigbo took her things and sneaked out of the house without his knowledge.

Indirectly pointing out the reason why she left, he stated that majority of women felt like they own the world.

The filmmaker pomised to share his side of the story someday.

He wrote, “My first marriage lasted 11 years.. my second lasted 7 years.. until she took her things and sneaked out of the house. The problem with some of you women is you think you run the world because men don’t talk. Maybe one day I’ll tell my story… Maybe.. if I feel I really do need the love of one track minded people like you. Now get off my page or shut up”.

However, since her divorce, fans of the actress had noticed that she was happier and more bubbly.

Nuella Njubigbo, who had left many in awe of her post divorce look, had received lots of love from her fans and lovers for walking away from her toxic marriage.

Many of her fans noted how the actress has been glowing, shining and having lots of fun since leaving her marriage.

Nuella Njubigbo had shared a TikTok video where she was lipsynching to an Igbo song.

Her beauty and glow up caught the attention of her fans who couldn’t help but hail her.