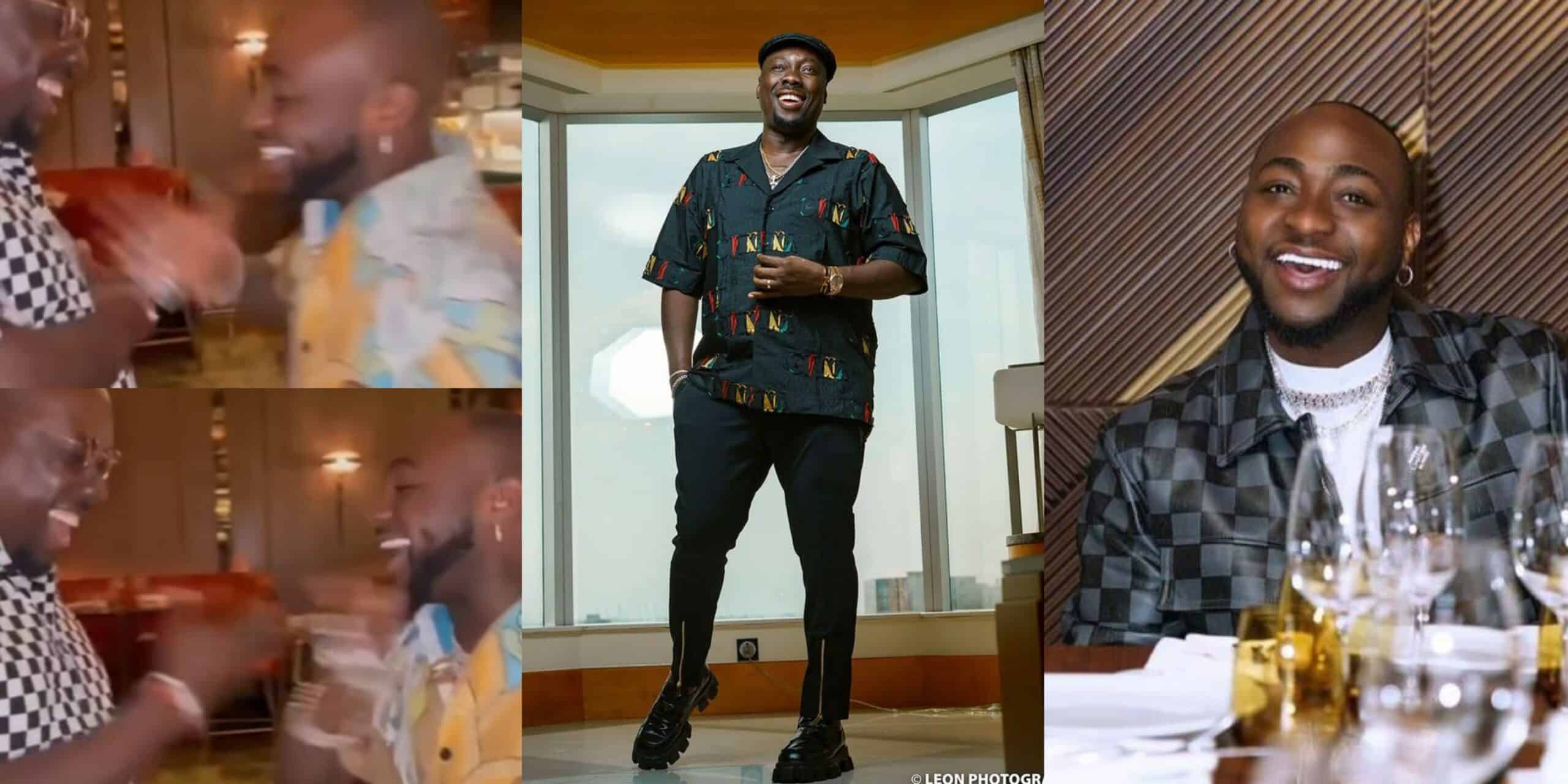 Obi Cubana, a businessman and philanthropist, has urged young people to pray for Davido as he turns 30 today, November 21st.

Taking to Instagram, the creator of the Cubana group posted a video of himself with the singer, along with a heartfelt statement.

He invited the teenagers to celebrate his birthday and to pray for him.

He asked them to pray that his contagious smile would return and that God would restore what he had lost.

Cubana noted how Davido is a happy soul and at sure doesn’t deserve anything less of love and happiness.

“Dear Youth!!! Today let’s wish OBO a happy 30th birthday. Let’s pray that his infectious smile returns immediately. Let’s pray that God restores all he has lost and add plenty more to him.
OBO is a happy soul, he doesn’t deserve anything less than pure love and happiness! Happy birthday king @davido”.

When the news of Davido’s son’s death hit the internet, Obi Cubana was one of the first to mourn the deceased.

He stated via his Instagram page, that he had prayed so hard for a news to be untrue.

Cubana revealed that he slept and woke up, hoping for it go be abd dream, but alas it wasn’t.

Pouring sweet words on the deceased, he made him farewell.

“I have NEVER in recent years prayed for a news to be true, like this. I slept and woke up hoping for it to be a bad dream. Such a lovely boy, such a sweet boy! We all followed your growth!!! In short term of 3, you gave us so much joy.
IFEANYICHUKWU.
The few things that give us happiness, the devil always find ways to spoil it, WHY!!!!
And I ask again, why do bad things happen to Good people?
David and Chioma, words fail me!
But God will comfort and console us all”.

Last year, Obi Cubana was one of many who gave millions to Davido on his birthday.

Recall that in celebration of his 29th birthday, Davido had called on his friends, colleagues and associates to credit his account.

Obi Cubana had joined the likes of Cubana Chief Priest, Soso Soberekon and more to give to him.

Rather than use it to enjoy life, Davido revealed he would donate it all to different charity organizations across Nigeria.

He added that his goal was to do the fundraising every year to celebrate his birthday, and give back to people in need.

He urged his friends, fans and colleagues in the industry and the public to support him as he drives the cause.

Reacting to it, Obi Cubana, in a post shared on his Instagram page, described Davido as a king who would always be a king reaffirming the famous saying of the singer that ‘We rise by lifting others’.

Obi Cubana added it is not about how much an individual has but having the mind to help when and where they can help others.

He wrote: @davido donates 250m to orphanages! You see what we are talking about? A king will always be a king! We all rise by lifting others!

It’s not about how much we have but having the mind to help when and where we can! Together, we can all make the world a better place!!! Thank You King David for impacting the world positively….thank you!”.