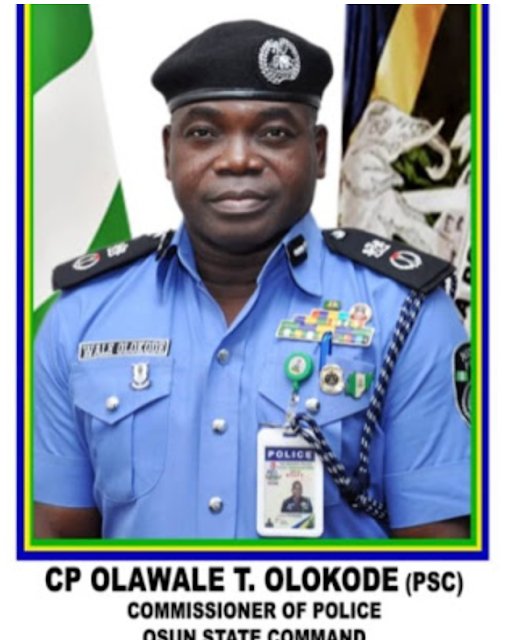 Olokode Olawale has resumed his duties as the new Commissioner for Police, Osun State Police Command.

Olawale replaced Undie Adie, who had just been promoted and redeployed as Assistant Inspector General of Police.

The new CP, an indigenous member of the State of Ogun, was born several decades ago in the Odeda Local Government Area of the State.

In a statement signed by police spokesperson for the Command, Yemisi Opalola, he stated that the police chief had served in several states across the six Geopolitical Zones.

Prior to his transfer to Osun State in December, Olawale was the Commissioner of Police, Border Patrol.

Police Commissioner, M.SC holder for Peace & Conflict Resolution Studies at the National Open University of Nigeria and B. SC in Sociology from the University of Ibadan was appointed to the Nigerian Police Force in March 1988 as Cadet Assistant Superintendent of Police (Cadet ASP).