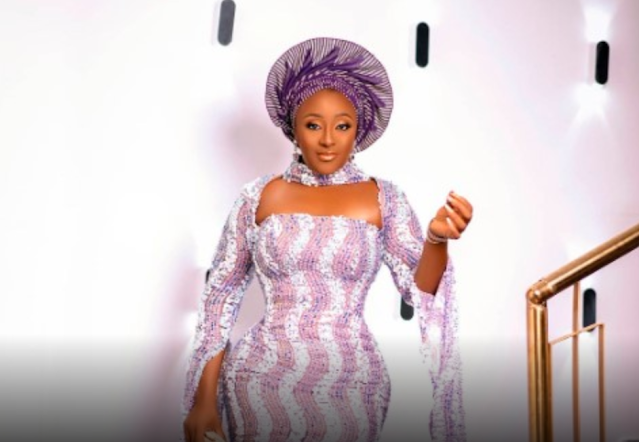 Ini Edo has received reactions from her friends, including Rita Dominic, Nonso Diobi, Broda Shaggi, and others, after posting a beautiful new picture of herself on social media.

The talented Nollywood actress who started her film career in 2000 and has been featuring in more than 100 movies since her debut, took her official checked Instagram handle and posted a picture of herself in stunning African attire.

Shared the picture with more than 10 million followers, the star, who was a judge for Miss Black Africa UK Pageant in 2013 and named United Nations Habitat Youth Ambassador in 2014, wrote:

Her colleagues, including Rita Dominic, Nonso Diobi, Destiny Amaka, Mercy Aigbe, Iyabo Ojo, Broda Shaggi, Baba Rex, amongst others trooped to the comment and complimented her.

Check out the photo and reactions below;