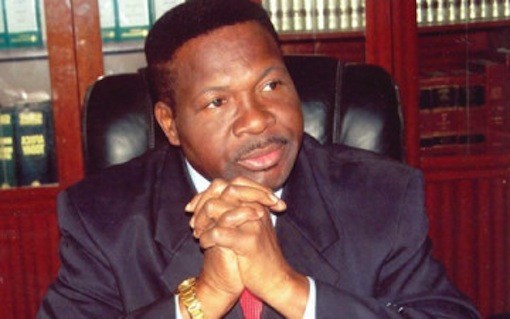 Chief Mike Ozekhome, a senior advocate and constitutional lawyer has differed with Minister of Justice Abubakar Malami, on whether the National Assembly has the right to invite President Muhammadu Buhari to address members.

Ozekhome in a newspaper interview has said “Nigerian constitution empowers the National Assembly to summon President Muhammadu Buhari to address them over the state of the nation”.

Malami had said such power is “inherently discretionary in the President and not at the behest of the National Assembly.”

Ozekhome refuted citing Section 88 and 89 of the constitution, which empowers the National Assembly to compel the President as a public officer to appear before it.

“In America, once every year, the President is compelled to give a State of the Union address to the American people. We do not have such a provision in Nigeria. But in Nigeria, under Section 88 and 89 of the constitution, the National Assembly has oversight function on matters having to do with the well-being and security of the country”.

“If the National Assembly feels that the security of the country has become so parlous and the economy has become so poor that we have entered a second recession, then they can use their powers in Section 88 and 89 because the constitution says “any public officer”.

The sections he said do not exclude the president.

“They can also use Section 4 of the constitution, which mandates them to make laws for the peace and order of Nigeria, they can summon him that they want to know the state of insecurity or the economy or why corruption is increasing. They can say that they need his appearance so as to get his information to enable them make laws for the peace, order, and stability of the country”.

Ozekhome spoke with The Independent.