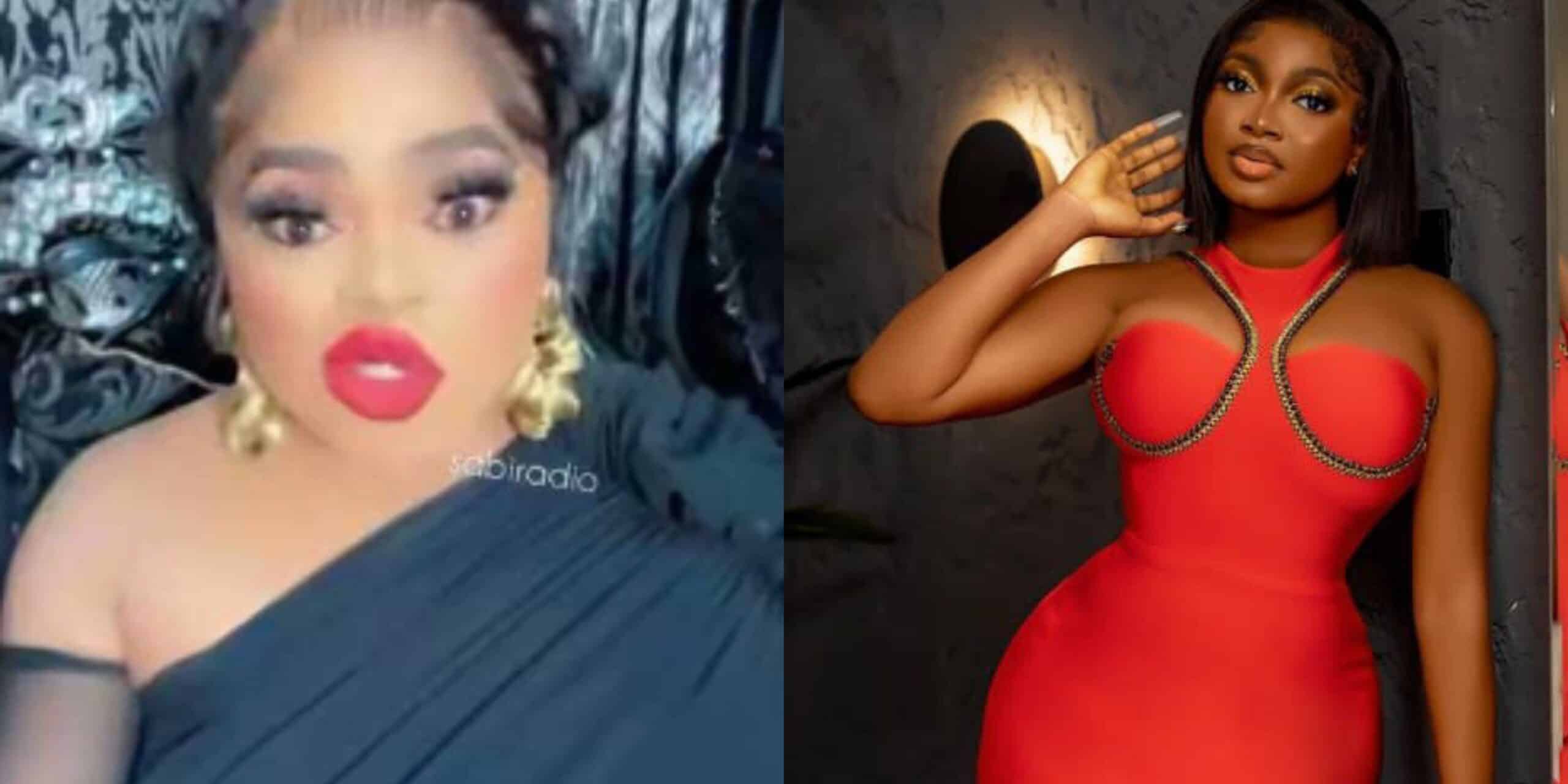 Bobrisky, a popular crossdresser, has revealed what happened between him and content producer and influencer Papaya Ex.

According to NenyKo, the two almost collided at an event yesterday night.

When recounting the incident, Bobrisky stated that he would have beaten her up if not for the intervention of others.

He wondered why the Instagram influencer had come with the cops if she wasn’t afraid of him.

Bob revealed that he was so enraged at the event that he wanted to tear her beads.

He promised to engage in a fight with Papaya, whenever they cross path at any event.

Drama as Bobrisky loses his temper at Papaya Ex

Bobrisky’s explanation is coming hours after he was ridiculed by Papaya Ex and James Brown at an event.

The trio at attended the birthday party of a close acquaintance’s child.

Keeping true to his words on unleashing fury at Papaya, the two almost got into a fight.

In a viral video, Bobrisky could be seen seated at one side of the event, while Papaya Ex backed him.

The brand influencer and her gang were seen stylishly throwing shades at Bobrisky, who kept his cool.

The crossdresser, however, didn’t hold it for long as he threw his table water at her.

Luckily for Papaya, the bottle didn’t meet her.

In another clip, Papaya could be seen giving a mocking dance step to Bobrisky, who was trying to maintain class at the event.

The crossdresser was so furious that he warned people to stop recording him.

Genesis of their fight

NenyKo reported on Saturday, November 19th that Bobrisky and Papaya had traded words on social media.

Papaya Ex had a similar invite pattern with Bobrisky. Accompanying the invitation card, she gave her guests a bottle of champagne, glass cup and more.