Ebuka Obi Uchendu, a media personality, has stated that good health is underappreciated.

After losing a lot of weight due to illness, the happily married father of two posted on social media, “Good health is not appreciated enough, never take it for granted,” and then posted a frail-looking photo of himself looking sick and skinny.

NenyKo recalls that over the weekend, Cynthia Obi Uchendu, the wife of media personality, Ebuka Uchendu hailed him for hosting Big Brother Titans despite being ill. 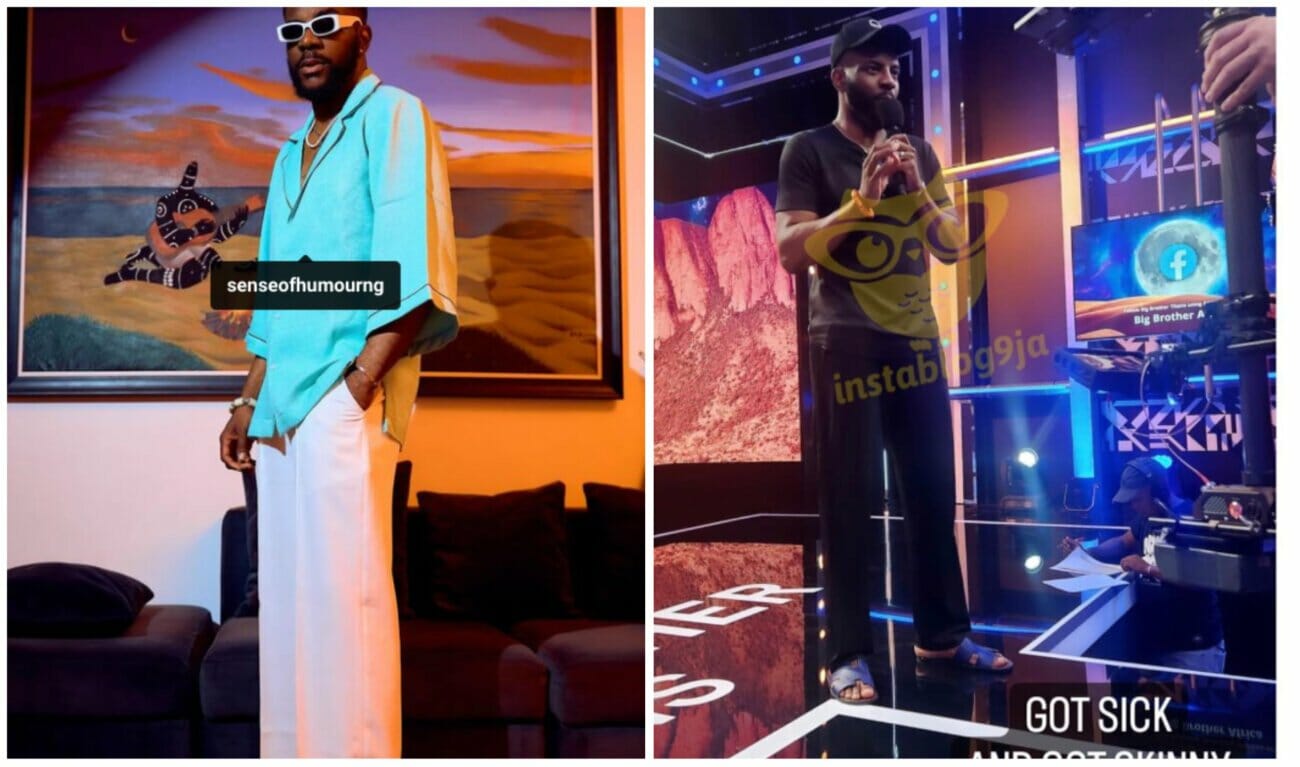 Taking to the micro-blogging platform on Sunday night, Cynthia revealed that her husband was ill, yet had to work.

Praising him, she described him as a professional to the core.

“Who would have thought Ebuka is extremely sick right now.. professional to the core”.

His political team did a campaign billboard for him in Lagos with a photoshopped photo of him in Ebuka’s body. Ebuka’s head was cropped out of the photo, and Tinubu’s head was added to Ebuka’s picture.

The editor, however, failed to crop out Ebuka’s wedding ring, cap, hands and more which made it easy for many to spot the photoshop. While some made fun of the cropped image, others expressed disappointment and disgust at Tinubu’s love for fakery.

This viral photo was shared by Dino Melaye, who stated that was nothing original about Tinubu.

“See how Tinubu dem photoshop Ebuka’s picture. Plus feather and ring placed in same position. Oga ooo. There is nothing original about this Emilokan man. SDM”.