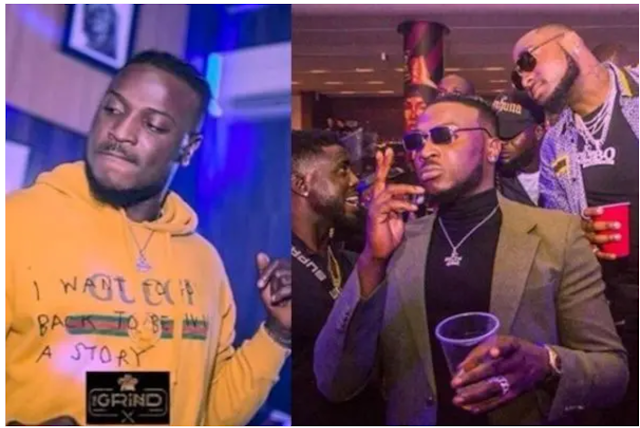 Nigerian singer-songwriter Tobechukwu Victor Odoh, popularly known as Peruzzi, has revealed how his label manager, Davido, has had an influence on his life since they met.

According to the singer in a tweet on Friday, January 1, 2021, he’s been cashing out every year since he met Davido.

He said this in response to a statement posted by a follower on Twitter who responded to his post Lambasting 2020.

Peruzzi, tweeting on Jan 1, was eventually delighted that 2020 was over.

Then the follower with the @IgbinadolorPaul handle found out how he had cashed out the tumultuous year.

”Buh u cash out last year sha”, he tweeted.

To which the singer answered;

”I Dey Cash Out Every Year Since I Met @davido’‘

I Dey Cash Out Every Year Since I Met @davido https://t.co/TfOGgUiQWn