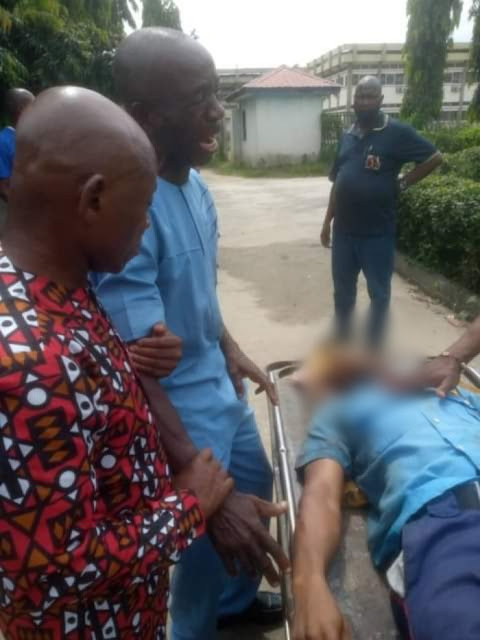 A man identified as Gospel Gbaraka has been murdered by a Marine Police officer, Inspector James associated with  Abonnema wharf in Port Harcourt, Rivers State on Sunday, November 22. 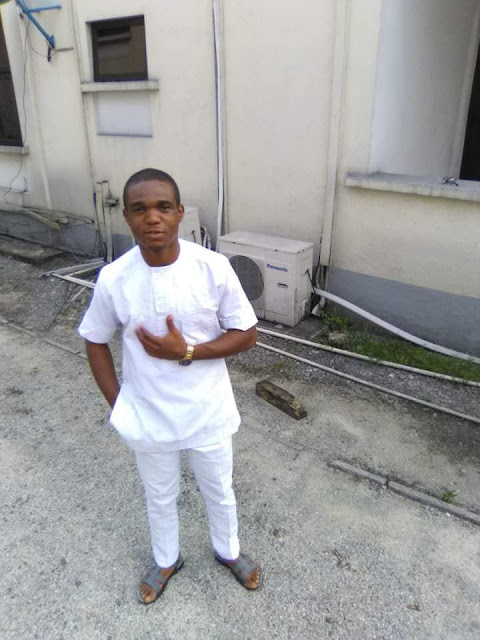 It was made known that the victim was working as a security guard at Bulk Strategic Reserve Limited located at the Abonnema Wharf area. 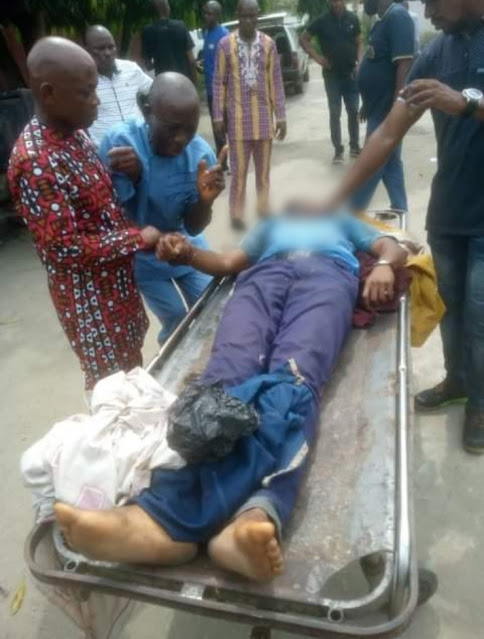 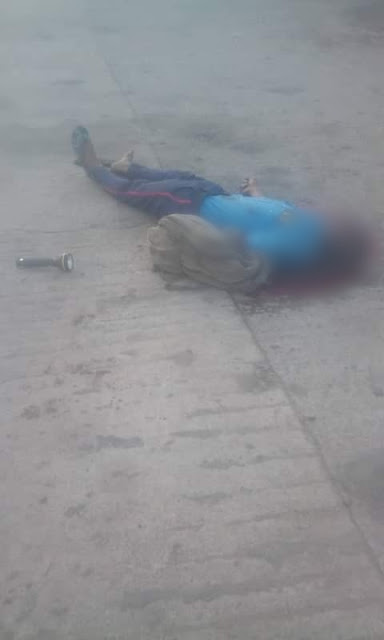 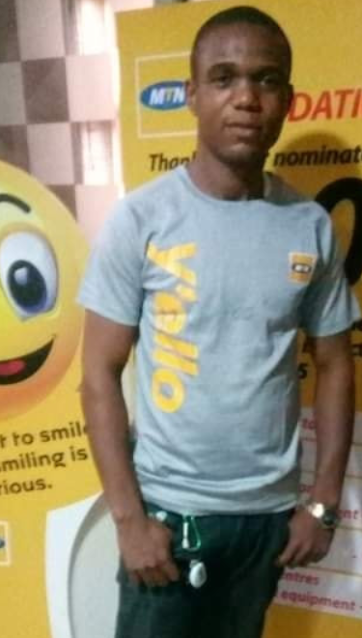 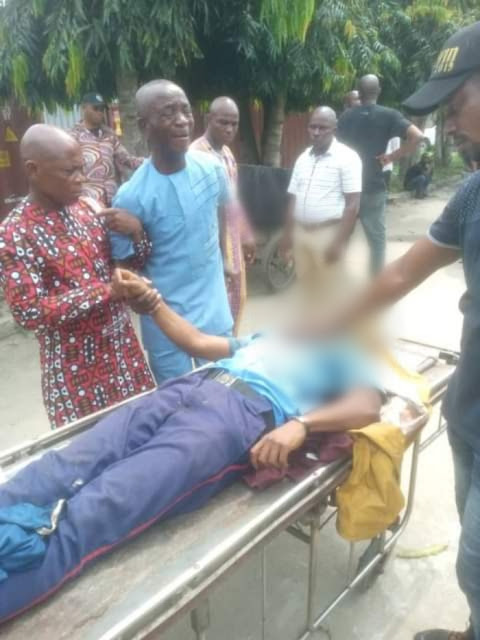 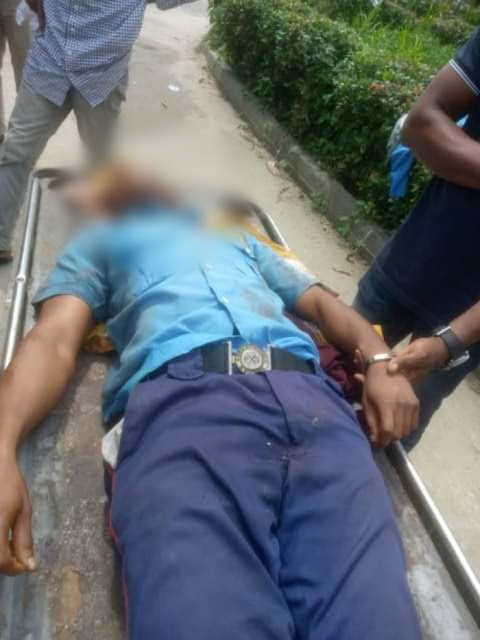 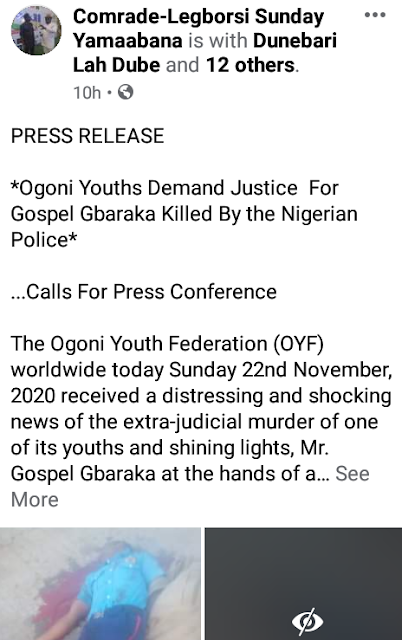 Details about what led to the incident are still sketchy at the moment, however, eyewitnesses claimed that Inspector James shot Gbaraka dead with his AK 47 assault rifle.

Comrade Legborsi Yamaabana, President-General, Ogoni Youth Federation/President, Rivers State Ethnic Youth Leaders Coalition, who confirmed the incident in a statement shared photos of the deceased’s father weeping after seeing his body while demanding justice and a thorough investigation into the killing.

“The Ogoni Youth Federation (OYF) worldwide today Sunday 22nd November, 2020 received a distressing and shocking news of the extra-judicial murder of one of its youths and shining lights, Mr. Gospel Gbaraka at the hands of a gun-wielding member of the Nigerian Police Force, one Inspector James, serving at the Marine Base Police Station in Port Harcourt, Rivers State, now being detained at the Mile One Police Station,”

“Late Gospel Gbaraka, prior to being untimely cut short through the barrel of a gun was a 28 year old native of Gwara Community in Khana Local Government Area of Rivers State and a Security Staff with Bulk Strategic Reserve Limited, a company located at the Abonnema Wharf area of Port Harcourt,”

“Gospel Gbaraka was on duty at his security post this morning. The said Inspector James is also a police security personnel attached to the company. There were no altercations, riot or crisis situation at the company involving groups of persons requiring the use of live bullets to disperse crowds, neither was there any existing problem between the deceased and Inspector James.

“As a youth body, we are incredibly pained that the life of this young man has been taken, particularly now that Nigeria is at a crossroad and the world has been awoken to the demands of #EndSars protesters whose focal point is to end the recurring decimal of police brutality and extrajudicial killings. This is one of too many as other Ogoni sons/daughters have been killed by the Nigerian Police in like manner.

“The Ogoni Youths immediately demand for justice over the life of Gospel Gbaraka. We call on the Commissioner of Police, Rivers State Command to cause an investigation into this horrific incident and ensure that the erring officer is prosecuted and brought to book. The family of the deceased, at least deserves the consolation that their son’s life was not wasted unjustifiably for nothing.

“Conclusively, OYF invites media outfits to a PRESS CONFERENCE with the parents of Gospel Gbaraka on the above subject matter tomorrow 23rd November, 2020 by 9am at Ernest Ikoli Press Centre (NUJ Secretariat) Moscow Road, Port Harcourt.”