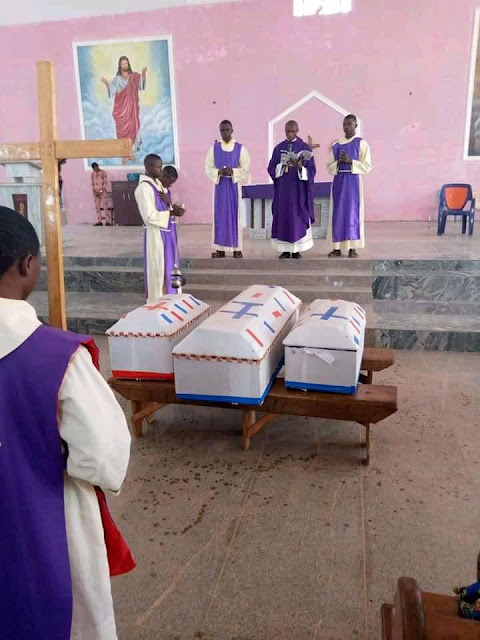 Three children were laid to rest when they were found dead in a car at Ugwu Ogede in Itchi, Igbo-Eze South Local Government Area in Enugu State. 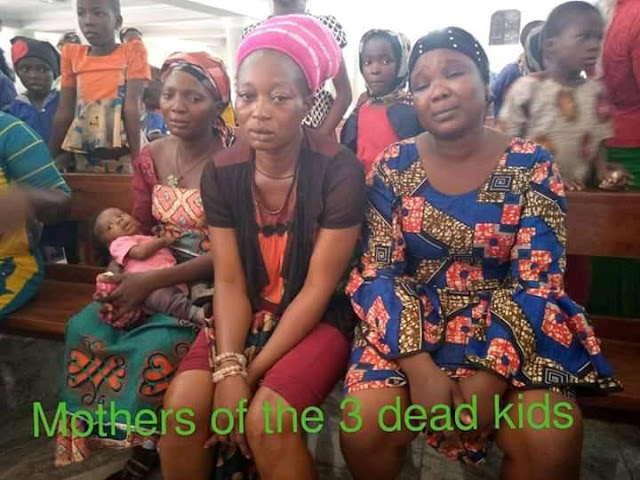 Note that the bodies of the three children were discovered on Monday, November 23, in a car abandoned at the home of a former police officer. 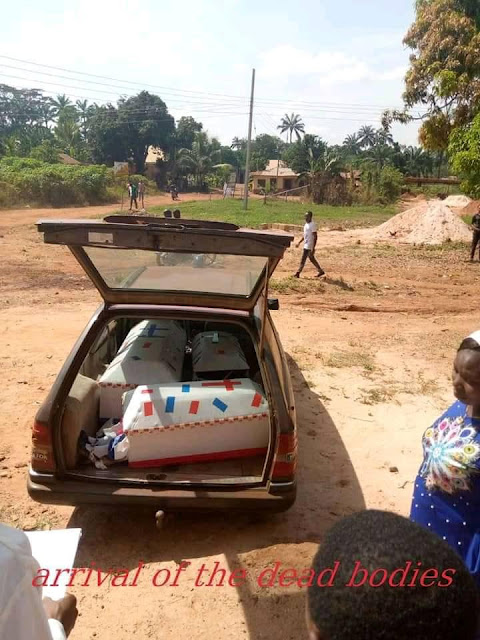 Victims identified as Chibugo Eze, Chinenye Eze, and Ebuka Ene were declared missing after going to the commercial borehole owned by the former police officer’s home to fetch water. Kingsley Eze and Mmasichukwu, two other twins, were found barely conscious and rescued from the same vehicle. 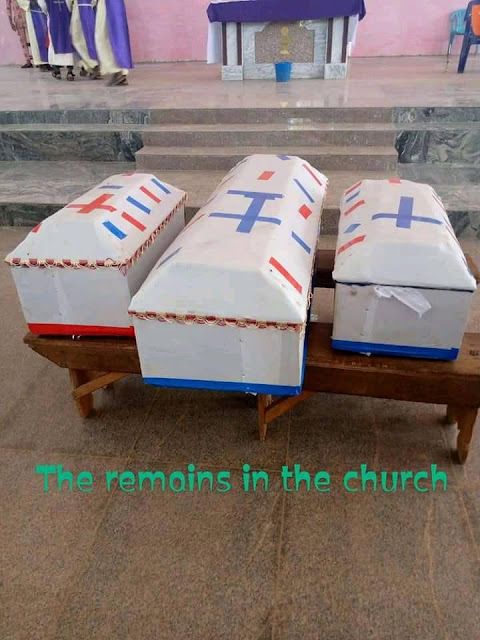 On Wednesday, December 2,
the children were buried. 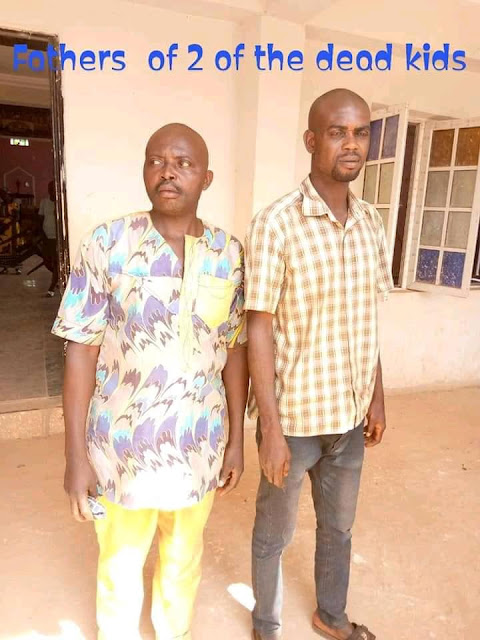 Martins Ezekwesili, the Administrative Secretary of the Diocese of Mbamili, who shared photos of the funeral, said there was no official report on the outcome of the investigation by the Enugu State Police Command. Read below for his post: At 9 a.m. on Sunday, 22 November 2020, five children set out to fetch water at a compound at Itchi, in Igbo-Eze South LGA, Enugu state (in Igbo Nsukka). When they could not return, people went to look for them. In the compound where they went to fetch the water, their wheelbarrow and containers were seen.Throughout the night of that Sunday, the hunt for the children lasted until 3am on Monday, when the searchers retired, to continue the search in the morning. It was Monday morning, the 23rd, when these children (under 11 years of age) were found in a car packed in the same compound where they had gone to get water. Three of the five children died, while the remaining two were very sick.

“The police was alerted immediately, who took the dead bodies and the surviving ones. It was transferred to Enugu state police headquarters and to Crime Investigation Department (CID) of Enugu police command for investigation.

“Till today, no official report from the Enugu state police command on the outcome of their investigation. The dead bodies of the kids have been released for burial which took place today, Wednesday, 2nd December, and that’s the end of the innocent children.

MY PERSONAL OPINION ON THE ISSUE

“These kids belong to the society, the church, the traditional authorities, the police and the state.

Perhaps, the traditional authorities, individuals of the affected communities (Nkalagu-Obukpa and Itchi), the church, the Igbo-Eze South LGA authorities might have done their best to see that the cause of the death of these kids was unraveled, but I still believe they need to do more.

If this had happened to counselors of the local government, or priests of the church, or to a traditional ruler (Igwe) or affluent individuals of the society, there would have been serious investigation to the case. That’s when you would understand how powerful the church is. They would send lawyers and barristers” 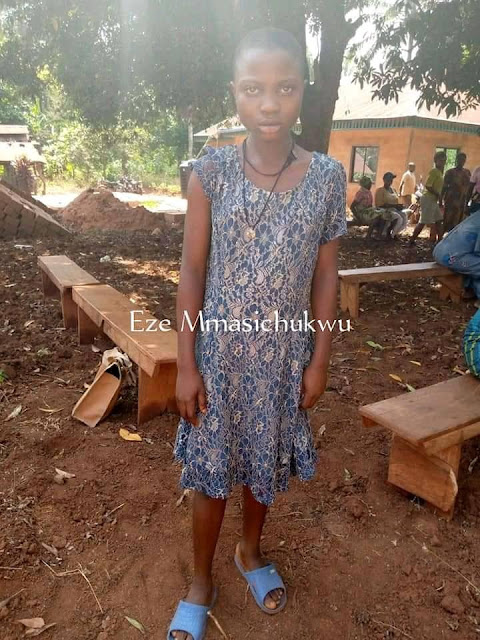 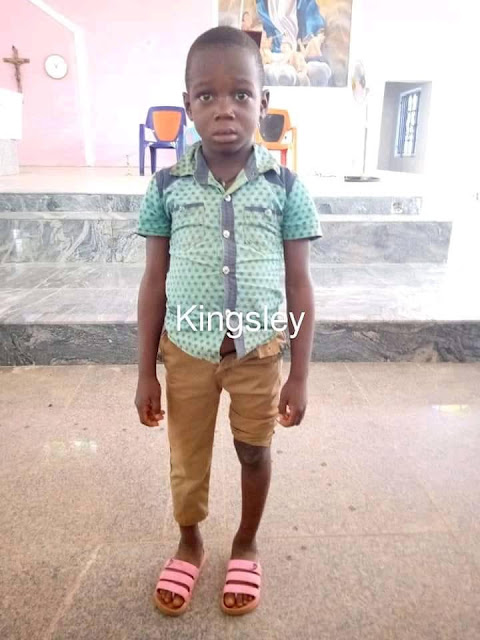 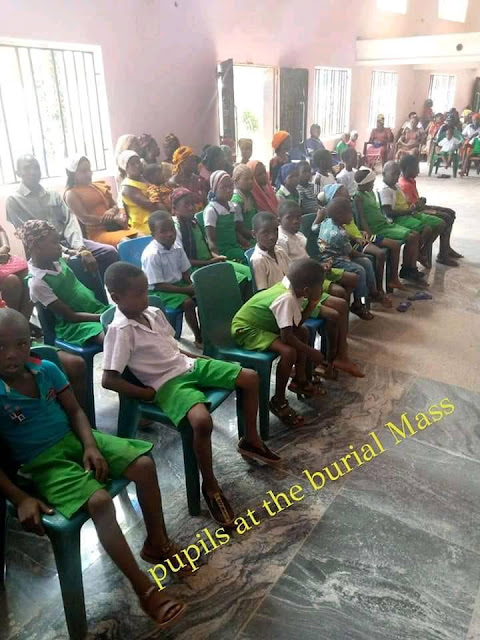 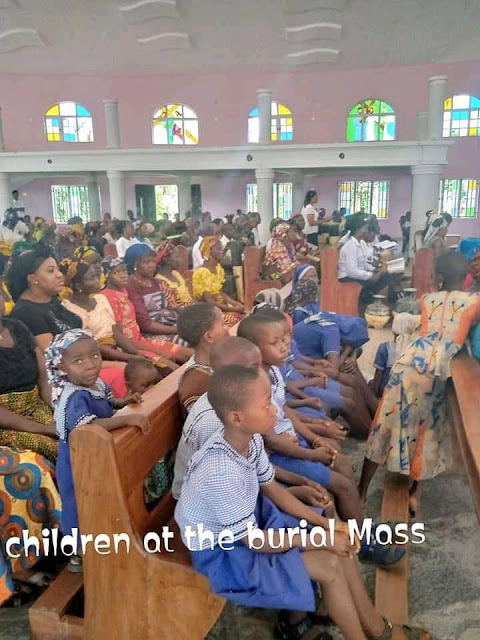 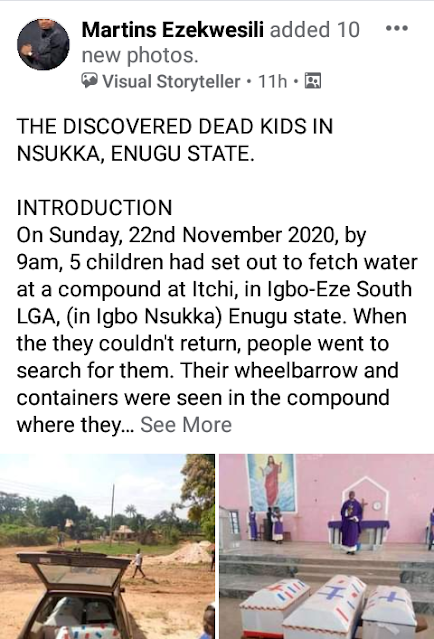