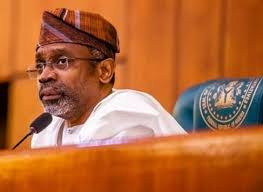 The Speaker House of Representatives Mr. Femi Gbajabiamila, confidently said that in the next six months, the Petroleum Industry Bill (PIB) law will be passed. In a meeting with the Oil Producers Trade Section (OPTS) under the Lagos State Chamber of Commerce and Industry, he gave his word to carry all the stakeholders along in the law-making and gave the assurance that PIB will not fail Nigerians.

“On the PIB, there are two things that the house would want to do. First, the House is determined to pass the bill within the next six months, or probably less, because the clock has already started running from the time it was presented. Two, the House is determined to pass a PIB that is satisfactory to all. I know it’s difficult to satisfy everybody ” the speaker stated.

Gbajabiamila showed concern over the Sangerster submission which opined that should the PIB law is passed in its present state that would definitely have a negative impact on Nigerian Oil & gas industry’s competing power globally. He, therefore, advised the members of OTPS led by Mike Sangster to assist in establishing communication with the Adhoc Committee on PIB. He further reminded  Sangster that his submission is not too.

Excerpt:
“The PIB has been long coming. Because of the various interests, it’s difficult to pass a bill that addresses the interest of everyone. But the PIB, luckily, will involve local content.
I’m very concerned about what you said that the PIB as it is, doesn’t allow Nigeria to compete favorably in the global market, we’re not competitive, yet there is the presence of oil majors here We need to look at it, but I think it will be difficult to tell members that we should go back to the old arrangement that we had. I need to ask the question: where were you when they were making this law? Your inputs should have been there. It’s never too late for you to have your inputs. I’m sure the committee will do justice to the other issues you raised.”

Given what is happening in Nigeria’s Oil & gas industry, what is your take towards Sangster’s concern about the present form of PIB  and the PIB law in the next six months?
Drop your comment below.