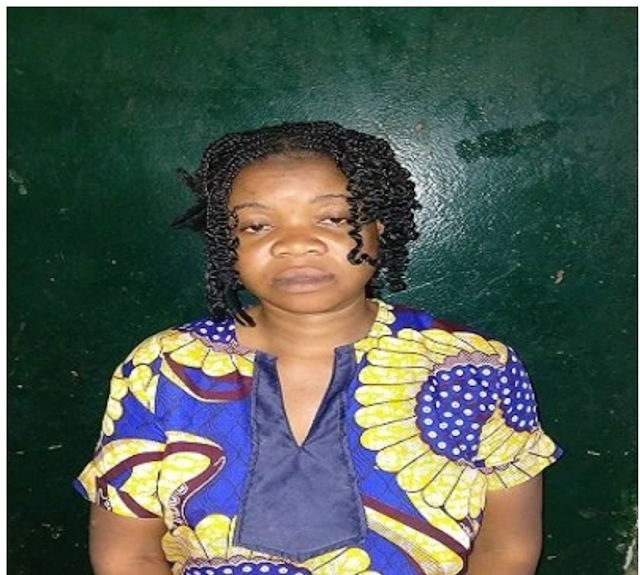 A 35years-year old woman who was accused of attempting to traffic underage girls to Libya for prostitution has been arrested by Ogun State police command.

The Spokesperson for the Command, Abimbola Oyeyemi, confirmed the incident to newsmen on Monday.

Oyeyemi said Comfort was arrested following a complaint by the mothers of the victims, Mrs Oluwaseun Adurotola and Sakirat Fasasi, over the kidnap of 15-year-old Blessing Adurotola and Hasisat Fasasi, 16.

He said parents of the victims had lodged a complaint at the Owode Egba Police Station, claiming that the suspect had kidnapped their daughters and was about taking them to Libya where they will be forced into prostitution.

The Police spokesman revealed that the suspect accepted to have been conniving  with her husband who is based in Italy  and engaging young girls for prostitution.

“On interrogation, the suspect confessed to being a human trafficker and that she has been into the business for a long time.

“She further revealed that her victims were being sent to her husband based in Italy for prostitution while confessing that the two girls had been taken to Kaduna State for onward journey to Libya.

“The two victims have been rescued from Kaduna by the police.”He said.

“Opeyemi also disclosed that the suspect would be transferred to the anti-human trafficking and child labour unit of the State Criminal Investigation and Intelligence Department on the order of the Commissioner of Police, CP Edward Awolowo Ajogun.