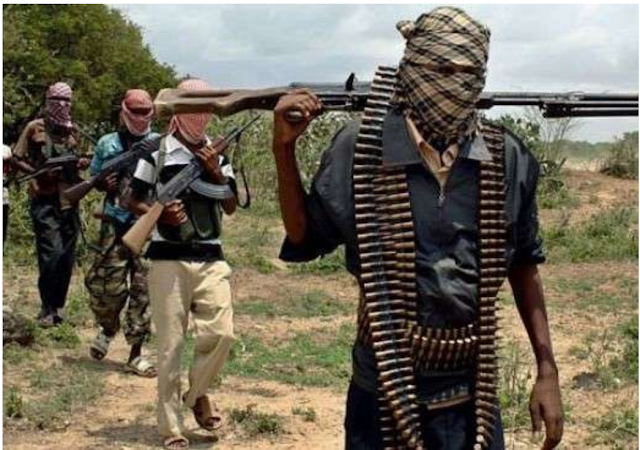 Bala Sani one of the residents confirmed that the gunmen arrived the town around 12:45am, shooting sporadically around Masaka area of the town before kidnapping  a businessman, Abdullahi Kalos.

It was further learnt that the hoodlums laid ambushes at all the junctions in the town and engaged the police in a gun battle around 4:30 am.

Kano police spokesperson, DSP Abdullahi Harun Police Spokesperson,  confirmed the incident and also disclosed that they are currently in search of the hoodlums to free  the captives.

“After the gunmen kidnapped three people we engaged them in gun battle during which they retreated, leaving two persons behind as they set out patrol van on fire.

“We are currently in pursuit of the bandits to rescue the victims because we believe some of them had sustained bullet injuries.”