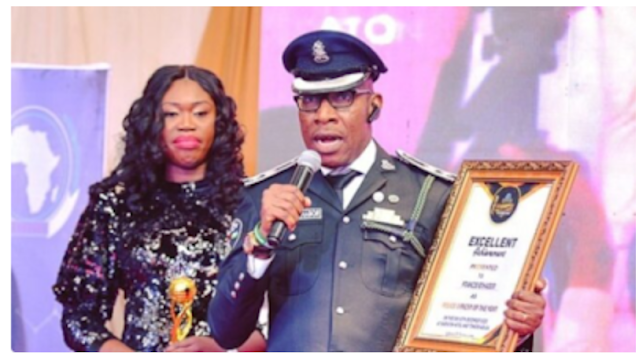 On Saturday, there were rumours that Erhabor had resigned from his job because of “forces that stunted his chances of being promoted.”

The reports suggested that the officer, who is the Chief Superintendent of Police (CSP), resigned after observing a trend that reportedly had his subordinates regularly elevated to his superiors while his rank remained the same.

The Cable, however, announced that Erhabor had yet to withdraw, even though he had earlier embarked on a three-day break to contemplate leaving the security outfit.

In January last year, the officer won the 2019 Honesty Symbol Award for “rejecting a weekly N6 million bribe to compromise the security system” when he was a pipeline commander in Edo. This was considering his N37,500 allowance.

He was honoured alongside four other nominees in Abuja in an event organised by Accountability Lab in partnership with Luminate, MacArthur, and Ford Foundation “to name and fame honest government officials.”

During his reception of the Dignity Symbol prise, Erhabor said, “I nearly compromised, if not because of the Lord’s grace. The tale that makes the frontline today that got me here was when I only had N800 in my wallet.

“I was a pipeline commander in Edo state, where I had worked for close to three to four years. My actual allowance was just N37,500 from the government, which was not coming when due.

“And  I had a few persons who dangled N1.5million to me and they were to be giving me N6million every week. And if I were to be there for 30 days, that is N24 million. I eventually spent more than three years.

“Because of that decision I took before I entered the force—because I had taken an oath that the day I compromise myself, ‘Lord just embarrass me, show me on  TV. Make me stick to the N37,500 that was not forthcoming’.

“It didn’t go without persecution and agonism. Sometimes my life was threatened. But I earned respect and trust; got confidence not only from my colleagues but also from outside forces. The outcome has paid off.”

The officer had first joined the Nigerian Police Force (NPF) as a cadet inspector in 1990.

He was said to have later volunteered as an instructor to train the police mobile personnel at Limakara, Gwoza in Borno for over three years.