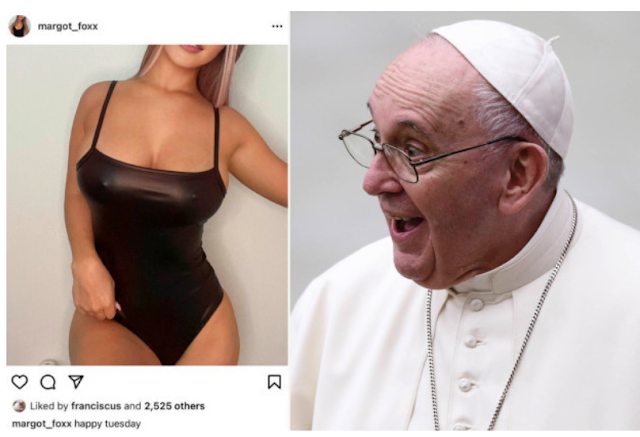 Only Fans star, Margot Foxx shared a screenshot on Twitter which showed Pope Francis’s official Instagram account ‘liking’ a rather risque photo in which she was pictured in a tight black bodysuit.

“uhhh the pope liked my picture?”. She also tweeted the set of images with the caption: 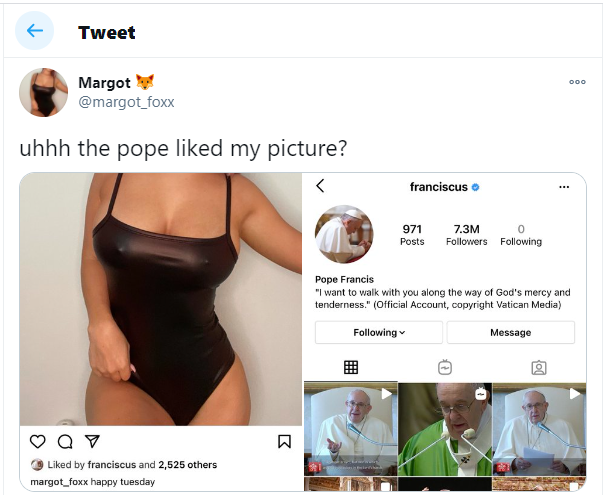 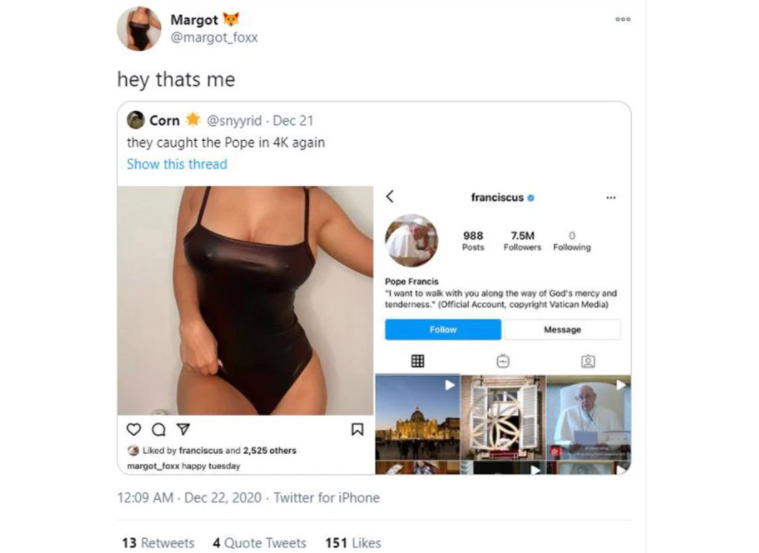 This comes weeks after the Vatican said they were investigating after Pope Francis’s official Instagram account was found to have “liked” a risque image of Brazilian model Natalia Garibotto.