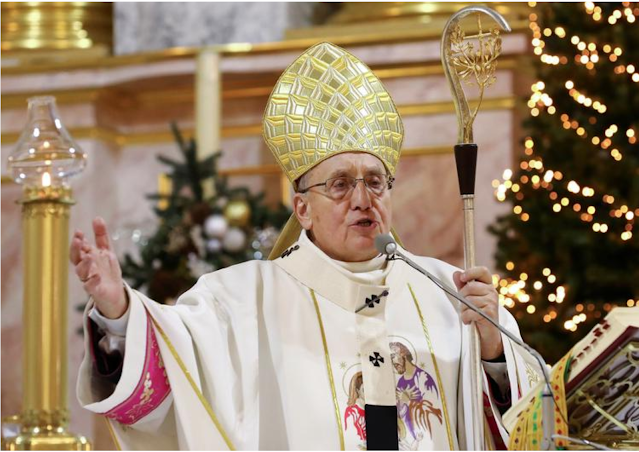 Pope Francis on Sunday accepted the resignation of the head of the Catholic Church in Belarus, Archbishop Tadeusz Kondrusiewicz, who spent time in exile last year after angering President Alexander Lukashenko.

Kondrusiewicz turned 75 on Sunday, the age at which bishops are required to submit resignation letters to the pope, which he then decides whether to accept.

It is highly unusual for the pope to accept a bishop’s resignation precisely on his 75th birthday and even more so to announce it on a Sunday.

The speed with which the resignation was accepted indicated the possibility that a face-saving deal for both sides was found in negotiations between the Vatican and the Belarus government to win Kondrusiewicz’s return from exile in December, a diplomatic source in Rome said.

Bishops are usually kept in place for months and sometimes years after they formally hand in their resignations. Particularly in areas of conflict or in delicate positions, they often stay until a successor is appointed.

Instead, the Vatican statement announcing the resignation said Kazimierz Wielikosielec, an auxiliary bishop of the Diocese of Pinsk in western Belarus, would act as Apostolic Administrator until a new archbishop is appointed in Minsk.

Kondrusiewicz angered Lukashenko by defending the rights of anti-government protesters, who began calling for the president’s resignation soon after a disputed election on Aug. 9.

The archbishop was denied entry to Belarus the same month on his return from a ceremony in neighbouring Poland.

That led to tensions between the Church and the government, and the Vatican sent a special envoy to negotiate on Kondrusiewicz’s behalf, with diplomats working for almost five months to secure the archbishop’s return.

He returned to Belarus on Dec. 24, when Christian communities celebrate Christmas Eve.