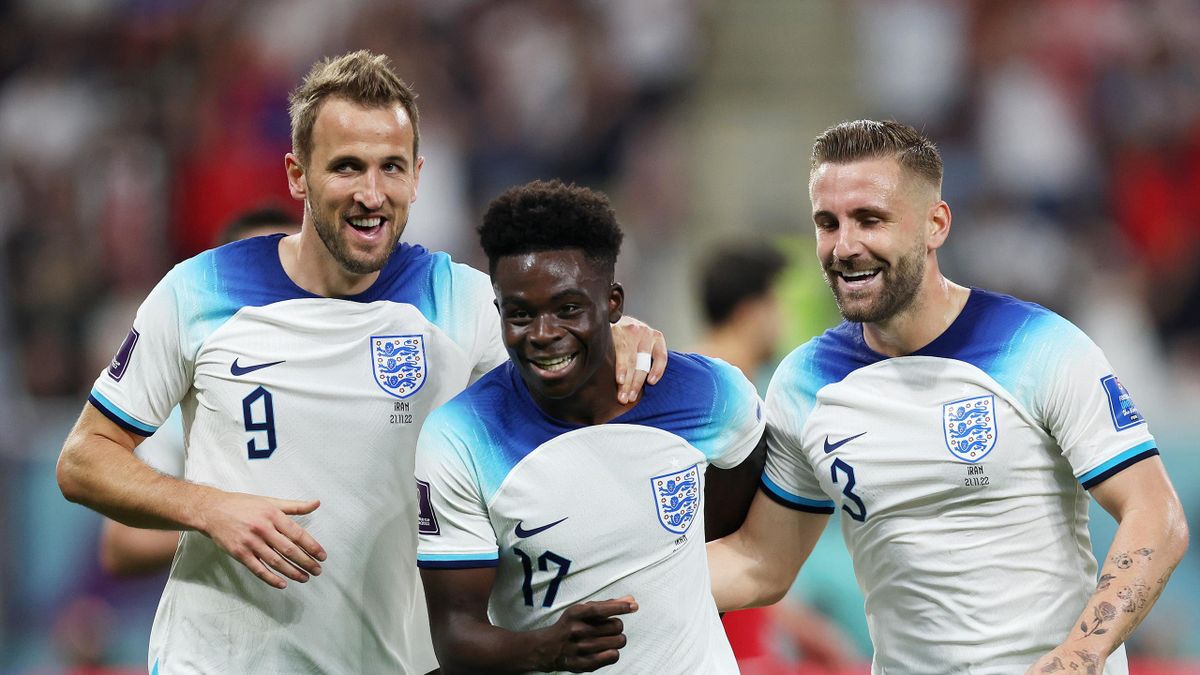 The Three Lions won 6-2 against Iran at the Khalifa International Stadium.

A brace from Saka and a goal each from Jude Bellingham, Raheem Sterling, Marcus Rashford and Jack Grealish gave England the victory over Iran.

Mehdi Taremi did score a brace for Iran during the encounter.

The victory means England now sits on top of Group B with 3 points from one game.

England’s next World Cup match is against the USA on Friday.