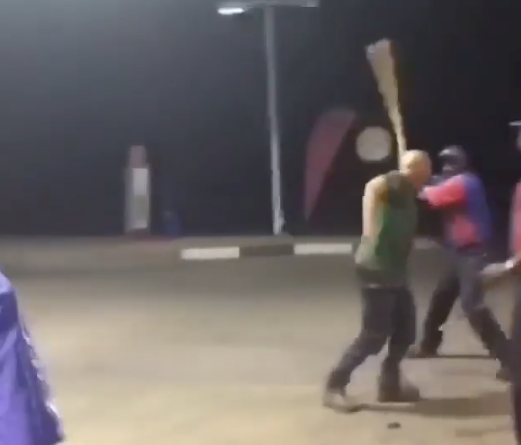 A South African petrol station attendant has mercilessly beaten a racist white man who called him a ‘Monkey’.