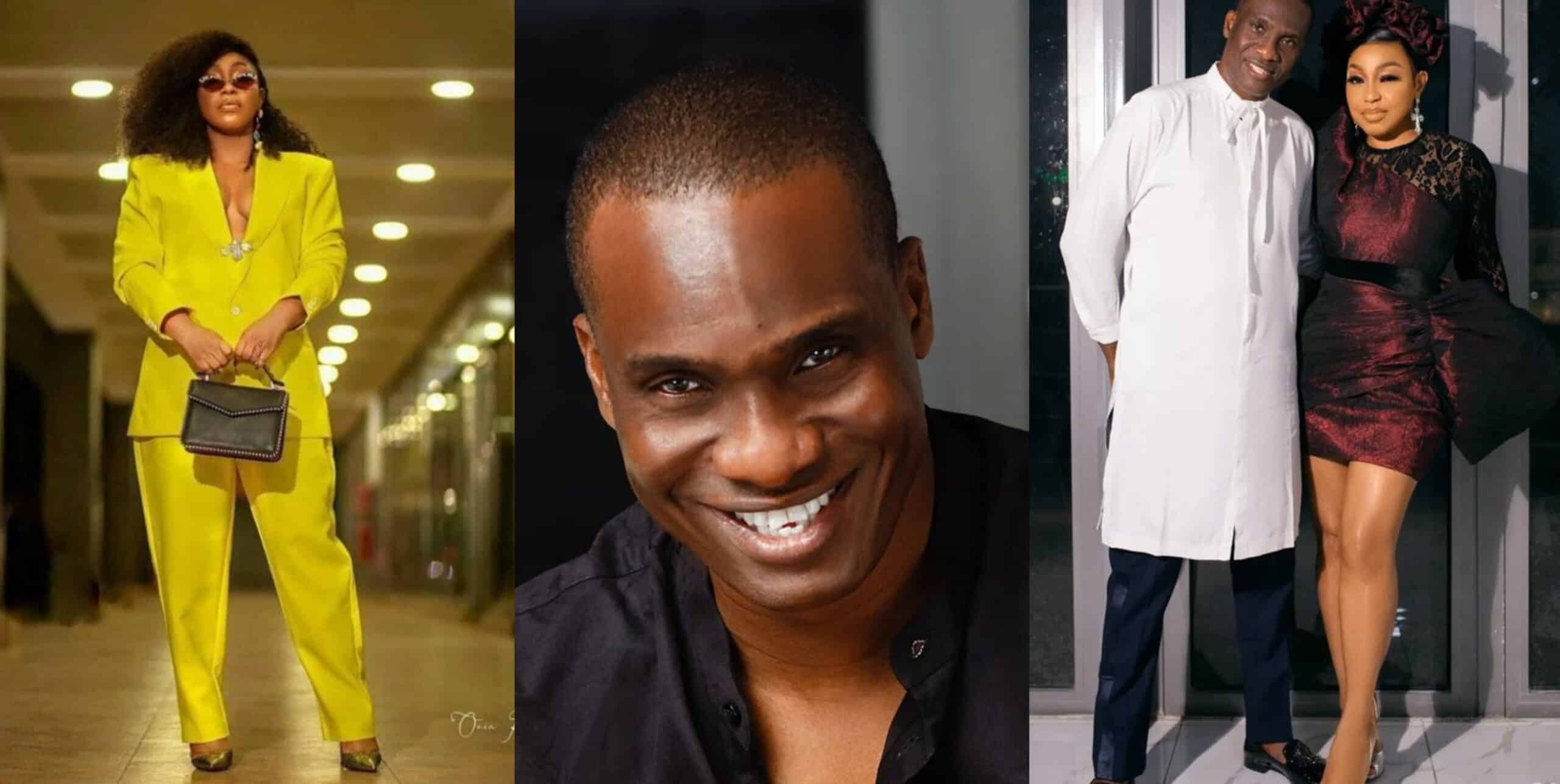 Rita Dominic posted a sweet birthday wish to her man on Instagram.

She left several birthday and love emoticons for her lover in a snapshot she shared of the celebrant.

The couple are no doubt waxing stronger, despite the several allegations on their marriage.

NenyKo reported that, Gist Lover had set the internet in a frenzy after unveiling the alleged crisis rocking Rita Dominic’s marriage.

Gist Lover alleged that Fidelis was involved with some other undisclosed Nollywood stars alongside Rita Dominic before finally settling down with the latter.

The faceless gossip also revealed the initials of the ladies Fidelis Anosike is allegedly having a relationship with, claimed their initials are letters I and U and were also at the actress’ wedding reception.

An uproar had ensued in as netizens tried to match the initials with the names of celebrities they could identify at the event.

Many had concluded that the initial U, was that of Uche Jombo, since she is friends with Rita.

Storming her comment section, many of Uche Jombo’s fans called her out and asked her to clarify the alleged report.

Reacting to it, Uche Jombo had dared Gist Lover to call out her name with full chest.

She called out the gossip blog and urged the platform to mention precisely whom the U and I referred to so that trolls can leave her page in peace.

“@gistloversgram.blog it will be lovely to tell your people who you are talking about so they can leave my page in peace”. Uche Jombo wrote.

The rumours didn’t break Rita and Fidelis as they only waxed stronger.

The couple have been seen out on several occasions being lovey-dovey.

At her birthday party in July, the couple were the center of attention as they portrayed a teen-like PDA.

NenyKo recalls that Rita Dominic‘s journey to forever began in April when she tied the knot with her lover.

Her Nollywood friends stormed Owerri to support and cheer her on, making the #ReelDeal22 traditional wedding even more spectacular.

Rita and Fidelis Anosike got married in Aboh Mbaise, Owerri, Imo State on Tuesday, April 19, which was the talk of the town as Nigerian celebrities graced the ceremony.

The wedding ceremony had all categories of notable personalities across the country, especially Nollywood personalities and business people shutting down Owerri. They were there to see beauty among beauties and talent among talents finally get married after being subject to many speculations and the recurrent “God when!” that is declared on her behalf.