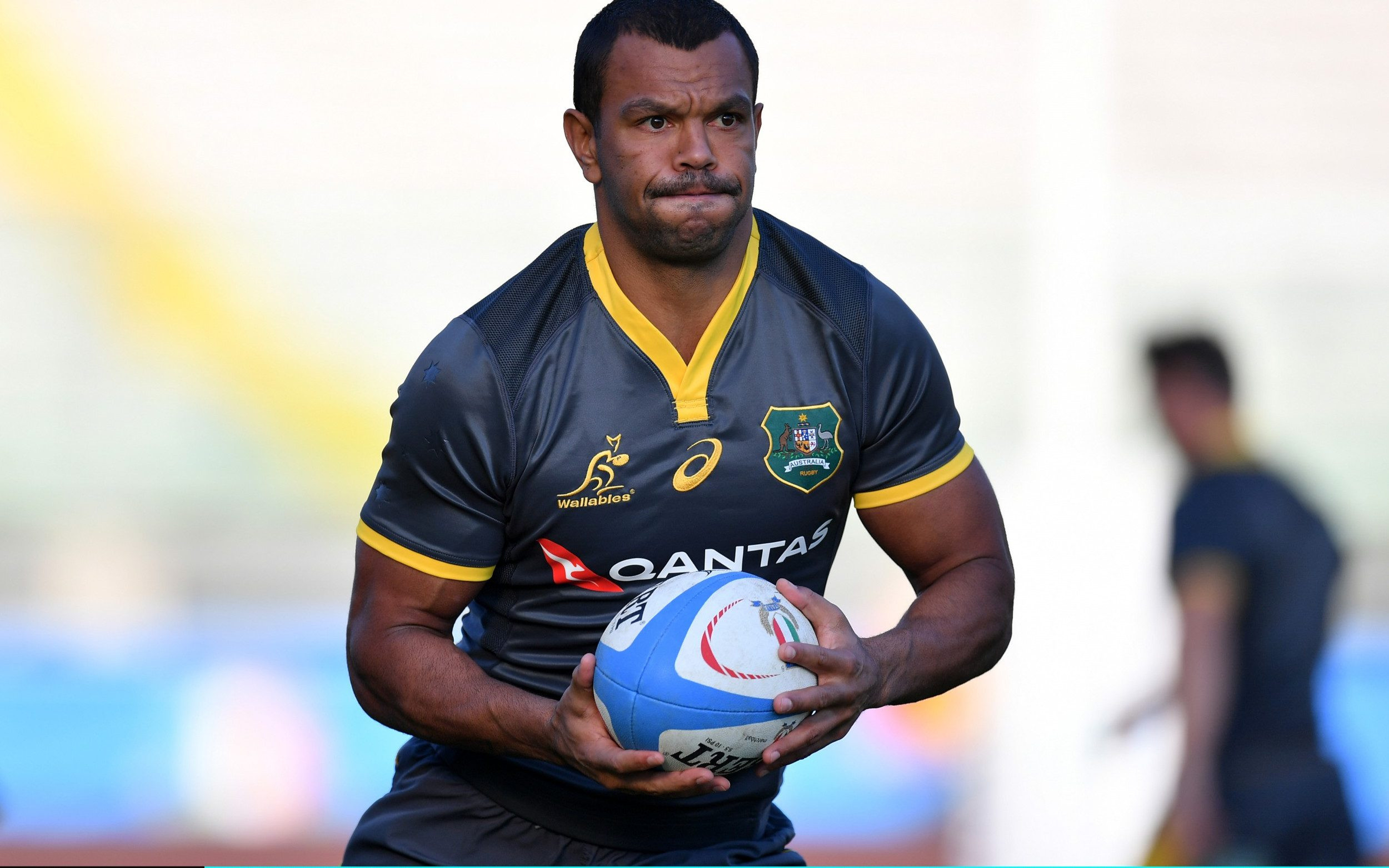 Rugby and Wallabies star, Kurtley Beale has been hit with a restraining order to stay away from a woman he is accused of raping in Sydney’s eastern suburbs.

The provisional apprehended violence order was issued after Beale was granted bail on four sexual assault charges at the weekend.

Under the terms of the order Beale must not approach the 28-year-old woman he is alleged to have raped or contact her in any way except through a lawyer.

He must also not try to find the woman, or go within 100m of where she lives or works.

Standard AVO conditions prevent Beale from assaulting, threatening, stalking, harassing or intimidating the alleged victim or anyone with whom she is in a domestic relationship.

Beale was supported by his wife Maddi, who gave birth to the couple’s first child in October, as his application for bail was granted at Parramatta Local Court on Saturday.

The 34-year-old had spent last Friday night in the cells at Surry Hills police station after being arrested at Kingsford that afternoon.

Police allege Beale sexually assaulted a 28-year-old woman in the toilets of the Beach Road Hotel at Bondi on December 17.

The court heard there was a recorded conversation between Beale and his alleged victim and that the rugby player allegedly sent a message to his friend saying he had ‘messed up’.

The court heard that Beale denied the allegations.

Prosecutor Scott Thompson told the court police had recorded a conversation between Beale and the alleged victim.

‘That conversation alludes to what I would say [were] admissions,’ he said.

Sergeant Thompson told the court Beale had allegedly sent a message to a friend saying: ‘Yeah I messed up, I was out at the pub before Chrissy’.

But Beale’s barrister Stephen Stanton argued the calls and text were ‘an admission of infidelity, no more, no less’, and did not relate to the assault allegations.

Beale, who has played 95 Tests for Australia, was granted bail on the condition he does not contact the alleged victim or enter an airport.

He has also been forced to surrender his passport and must report to Waverley Police Station twice a week on Mondays and Fridays.

Rugby Australia said in a statement on Friday that Beale would remain suspended while he continued to appear before the courts.

‘Kurtley Beale has been suspended from all forms of rugby with immediate effect pending the conclusion of legal proceedings,’ it read.

‘This step follows Mr Beale’s arrest and subsequent charge with serious criminal offences, and is in line with Rugby Australia’s Professional Player Code of Conduct.’

He recently returned to Australia after several years spent playing in France ahead of the Super Rugby season for the NSW Waratahs.