Some fans of the “Sex and the City” spinoff “And Just Like That…” are pleading for Carrie Bradshaw’s signature style to return.

In an Instagram post on Wednesday, Sarah Jessica Parker, 57, posed in her latest outfit for Season 2 of HBO’s Max. She was dressed in a long plaid coat over a colourful dress.

Her wavy hair was topped with a grey fedora, while a purple-and-silver purse and teal boots with cutouts completed the look. One social media user called the look “fancy hobo.” 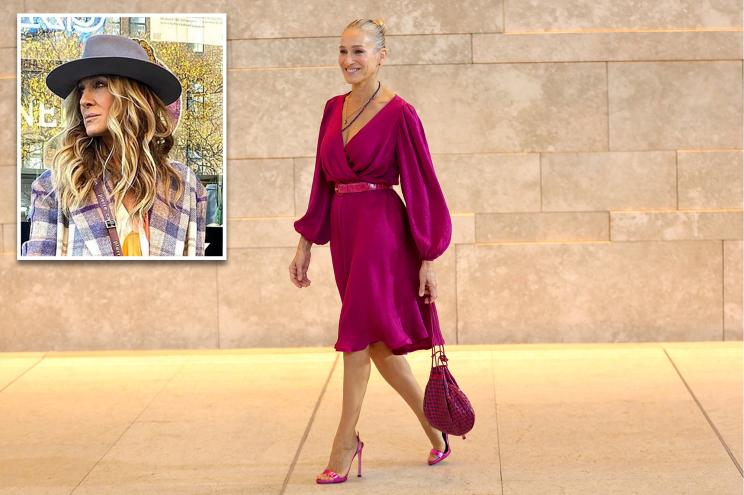 The “Sex in the CIty” fandom is divided on Sarah Jessica Parker’s latest outfit on the “And Just Like That…” set.

“Sex and the City”‘s longtime costume designer, Patricia Field, did not return for the follow-up series because she is busy working on Netflix’s “Emily in Paris.”

Costume designers Molly Rogers and Danny Santiago have since stepped in — and have been scrutinized — for the fashion on “AJLT,” as some fans feel that Bradshaw’s famously flirty style is gone.

“There are layers to looking this good,” the caption of Wednesday’s divisive post reads.

“LOVE Carrie Bradshaw, always have! I just watched the whole series and both movies and her style is STILL iconic,” one user commented on the Instagram post. “However, in the new series, her style is not that of an older Carrie Bradshaw….please bring back Carrie’s iconic style!”

“We know her character is mid 50’s, and today’s mid 50’s are SUPER stylish! I respectfully beg of you…please style her up like her fans are waiting for!” the comment continued.

“So covered up it’s nice but I do miss Carrie with her short dresses and showing off her shoulders,” another chimed in.

“I hate how Hollywood makes them feel like once you get older you cannot show skin. Yes you can like Sam did in the old ‘Sex and the City,’” another wrote.

“Carrie did not dress like this in the series, in SATC. Whoever is dressing her for this new show, has a bigger budget and whole different look in mind. I don’t like it. She looks like a fancy hobo,” another commenter wrote in a slam of the costume department.

“Who said that looks good?” one user tamely dissed.

Other Bradshaw stans loved the look.

“Carrie of old is back,” one user declared.

“That coat! That hat! That hair!” another gushed.

“She’s always so fabulous. I LOVE HER! Gorgeous as usual!” another shared.

A release date for “And Just Like That…” Season 2 has not been announced.