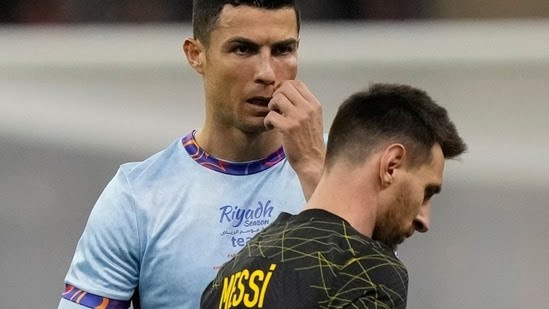 The Saudi Football Federation has reacted to talk of Lionel Messi being reunited with Cristiano Ronaldo in the Middle East.

Portuguese superstar Ronaldo signed the most lucrative contract in sports after signing for Saudi club Al-Nassr. There has been speculation to suggest that his deal could be topped by a £246 million ($305m) approach for Messi from Al-Hilal – with the Argentine World Cup winner yet to sign a new contract at Paris Saint-Germain

Ibrahim Alkassim, the general secretary of the Saudi Football Federation says he is unaware of such an offer being readied for Messi.

“At the moment we do not know anything about a possible Lionel Messi arrival. Although I do not hide that, as Saudi Federation, we would like to have him one day in the domestic league. The idea of the Federation is always to improve our football, and of course we would like to see Cristiano and Messi in the same league again, but the truth is that we don’t know anything now.”