Babatunde Gbadmosi, a politician, has chastised Anambra state governor Charles Soludo for claiming that Labour Party presidential candidate Peter Obi’s investments in Anambra state are now worth next to nothing.

Soludo appeared on Channels TV last night and claimed that the reported investments Obi made on behalf of Anambra state in a brewery while governor are now worth next to nothing. 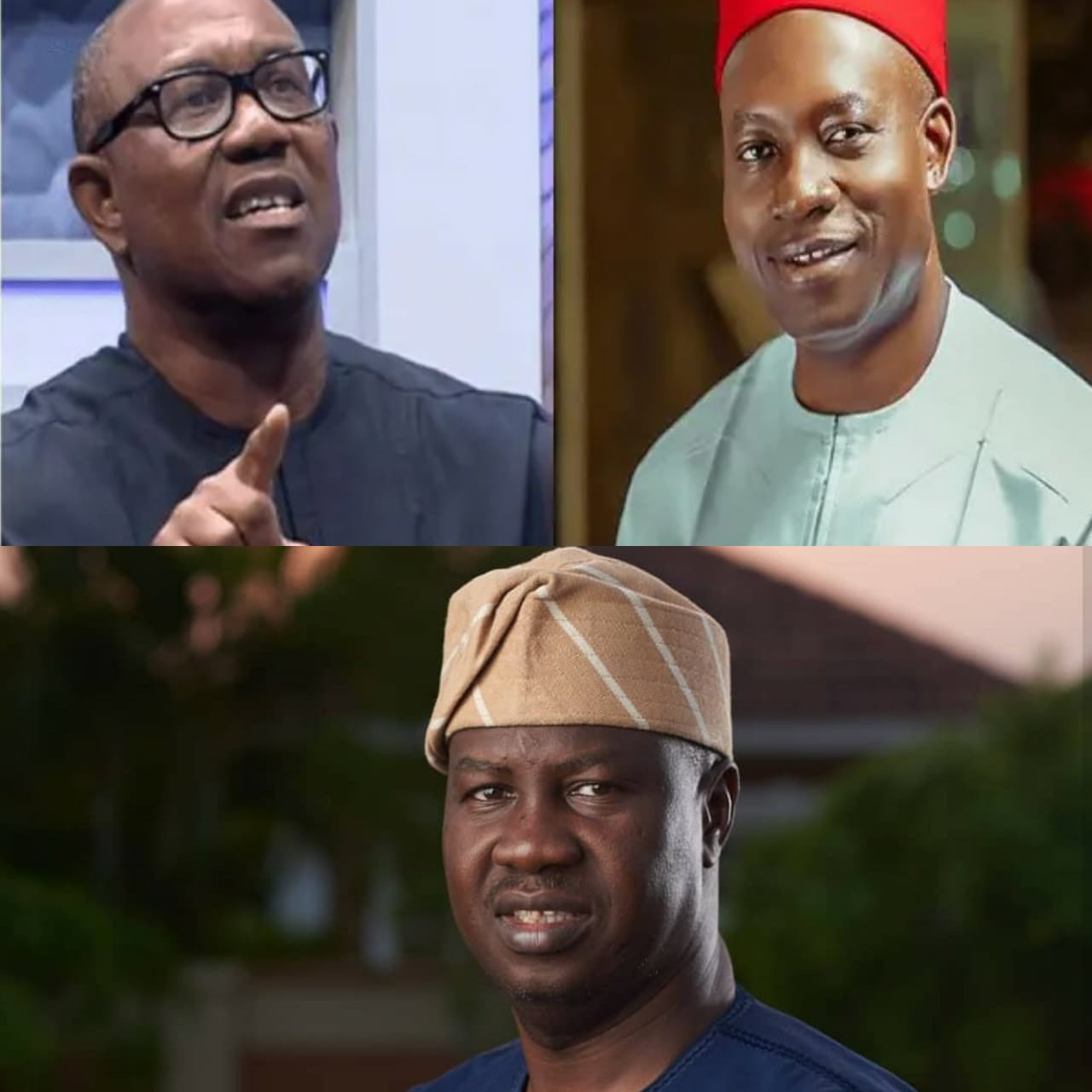 Reacting to Soludo’s statement via his Twitter handle, Gbadamosi wrote;

”I am beyond disgusted with Soludo ignoring Obiano & blaming Obi for the failure of investments he handed over to Obiano. He showed a dark side of himself today that I think is driven by his own Presidential ambition. He wants to stop any Igbo man from getting it before himself.” 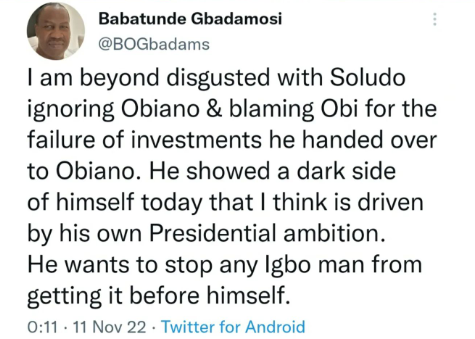