According to reports, Senegal police have arrested 35 suspected Nigerian sex workers for operating without a licence.

Agazue Bennet, an Anglican missionary in Senegal, announced this on Twitter on Tuesday, January 24, 2023. 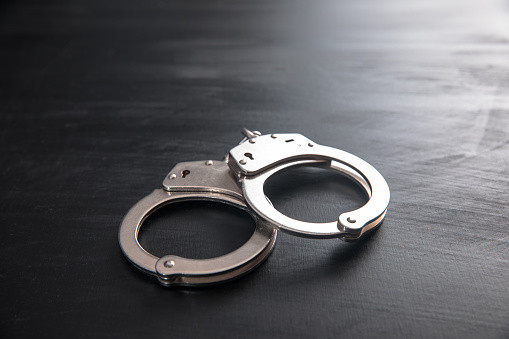 According to him, the women were arrested on Monday, at Ngor beach over alleged involvement in sex work ‘without the operational license.”

The women appeared before a Senegal court on Tuesday morning.

Prostitution in Senegal is legal and regulated. However, sex workers must be at least 21 years old, register with the police, attend mandatory sexual health screenings, test negative for STIs and carry a valid ID card confirming their health status. 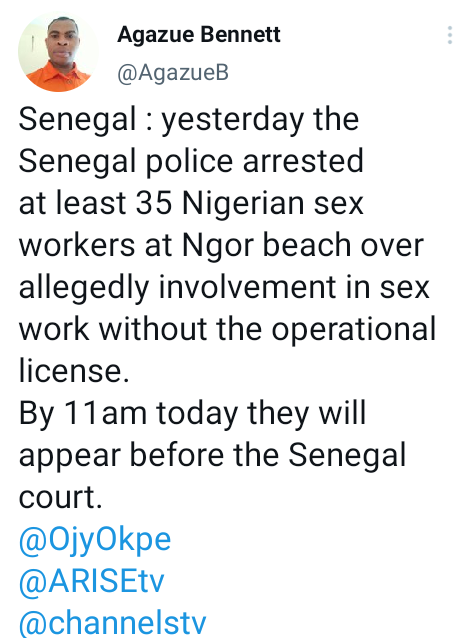