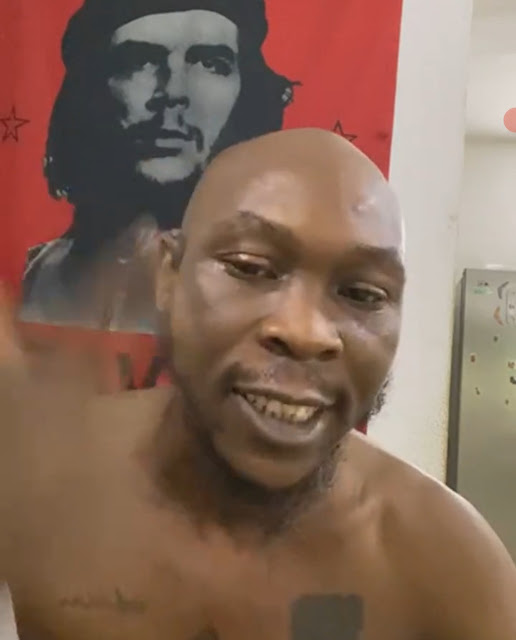 Musician Seun Kuti claims that gunshots were fired on Saturday during a party on Allen Avenue in Lagos because his life was in danger. This was said by Seun, who is the son of the late Afrobeat legend, Fela, when referring to accusations that on Saturday he fired gunshots at some party guests.He said the party guests indiscriminately parked their cars on the street and played noisy music without respect to the people.One of the guests parked a car in front of his house and blocked the entrance to his gate, the musician said.Seun said he slapped the person and drew the attention of the bouncers at the party, but things simmered down quickly.Moments later, when he attempted to drive out, he said a bouncer came to strike him and this degenerated into gunshots and fisticuffs.

He said there would be equivalent gunshots if the federal government wanted to arrest him without a warrant. “He (bouncer) said he would treat my ‘f**k up,” the guitarist added. It was when the war began, and since we beat them with our bare hands, we didn’t need to draw our guns on anybody. Blood on their noses, their uniforms ripped off. They nakedly left our lane.

“Yes there were gunshots because we have men. This is Allen. I didn’t come to your hood. You want to try rubbish in my hood. You threatened my life in my hood and don’t expect gunshots. Even if the Federal Government comes for me, if they don’t come with a warrant signed by a judge, it will be a shootout. I am saying this for the whole world to hear.

“I never oppressed anybody. They were the ones that threatened my life and blocked my gate. What kind of behaviour is that because you are throwing a party and you don’t even live here.”

In a series of tweets, a writer, Temitayo Ayetoto, said that Kuti, who was armed, led thugs to vandalise cars on Osiyemi Street off Allen Avenue because they had been parking indiscriminately. “He was angry that the party participants littered the street where he obviously lives with their cars, a real concern,” she wrote (his gate was affected). A citizen was stuck in his car attempting to reach his compound, but was unable to do so.

“Kuti continued to rage at other car owners until one of the organisers, MM, showed up. In the middle of the effort to pacify, one of the bouncers told Kuti to calm down. Next thing again, Kuti’s thugs rushed at the bouncer for such effrontery. That’s where the party scattered.

“This time around Kuti went into his compound and brought out a short black gun! He was attempting to cork it but paused again. I called my friend and said that we needed to leave immediately. I knew trouble was looming on a large scale when the guy who was earlier assaulted returned to the scene.  Barely 30 minutes after we left, I got feedback from people at the party that there had been a gunshot, forcing everyone to scamper.”