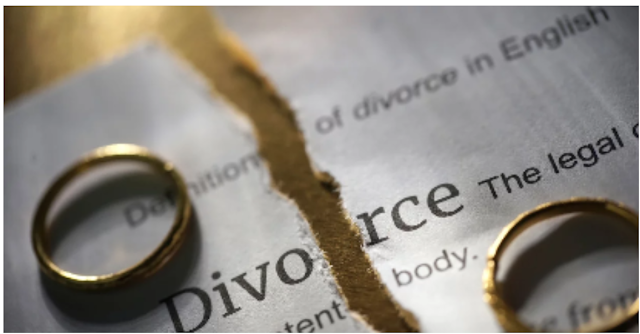 The Customary Court, sitting in Ile-Tuntun, Ibadan, on Friday, dissolved the marriage between Rowland Ogunebo and his exiled wife, Blessing, on grounds of indecent dressing, disrespect and adulterous lifestyle. The President of the Court, Chief Henry Agbaje, granted Rowland’s appeal for the dissolution of his five-year-old marriage to Blessing after hearing the appeals of both parties. Agbaje held that on the basis of the evidence before the court, the dissolution of the marriage was the best thing in the interests of a happy life between the two parties, saying that it was not possible for two captains to steer the ship. Although acknowledging that Blessing’s declaration of war against her husband was dangerous, he concluded that the best remedy was to grant the plaintiff’s appeal for the dissolution of the marriage in the interests of peace and tranquillity. Agbaje, however, granted custody of the two children produced by the union to the respondent and ordered the plaintiff to pay N10,000 as their monthly feed allowance.He also held that the appellant had to assume responsibility for the schooling of children and other basic needs.Earlier in his application, the plaintiff, an accountant residing in Kasumu estate, off the Akala expressway in Ibadan, requested the dissolution of his marriage to his wife on the grounds of her supposed indifference to life.

“Whenever Blessing goes out of the house, she dresses indecently, wearing miniskirts, bum shorts, and other skimpy clothes that expose her body.

“Anytime I try to correct her, she will rain abuses on me. Oftentimes, she tells me to go and die; that she will bury me.

“Moreover, Blessing is fond of leaving her matrimonial home for three days or more to stay with her concubines.

“Most times, she would tell me that she was going to visit her aunt, claims that the aunt usually denied.

“In addition, Blessing usually derides and belittles me everywhere. Our pastor’s advice to her to be of good behaviour has also fallen on her dead ears.

“In fact, she inflicted a very serious injury on me when I challenged her for buying wrong drugs for our child who fell ill, and I had to report her at Orita-Challenge police station.

“If I give Blessing money to buy food in the house, she will spend only one-third of it on food and the rest on her make-ups. Worst still, she has no regard for any of my family members,” Rowland stated.

Although the respondent denied all the allegations, she, however, pleaded with the court to refuse the plaintiff’s application for divorce, saying she still loved him because of her children.

“My lord, when I had issues with my first husband, somebody advised me to seek counsel and prayer from Rowland to overcome the problem. But, instead of assisting me with prayer, he impregnated,” she told the court.