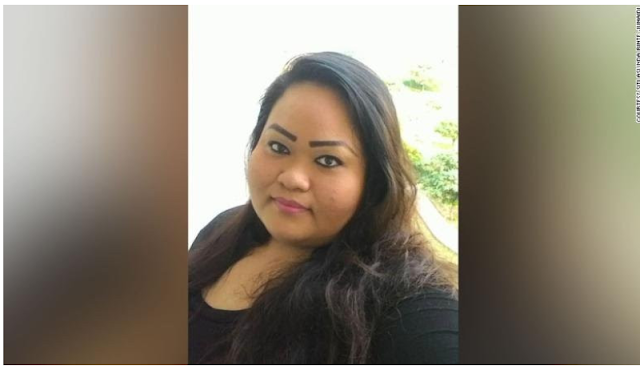 A Singaporean woman, Siti Aslinda Binte Junaidi is facing death penalty in China and will be executed by firing squad within weeks unless a court overturns the judgment.

35-year-old Junaidi and another Singaporean, Mohd Yusri Bin Mohd Yussof, 44, were arrested in 2015 in the southern Chinese city of Shenzhen on suspicion of drug trafficking after methamphetamine were found in goods they were transporting for a Nigerian man called Chibuzor Onwuka, who she claimed to have met online.

Both were found guilty of drug trafficking and sentenced to death in July 2020. Yusri’s sentence was suspended for two years, meaning it may be downgraded to life imprisonment. Aslinda, deemed to have played a more active role in the crime faces execution if her final appeal, which could be heard at any time, is not successful. 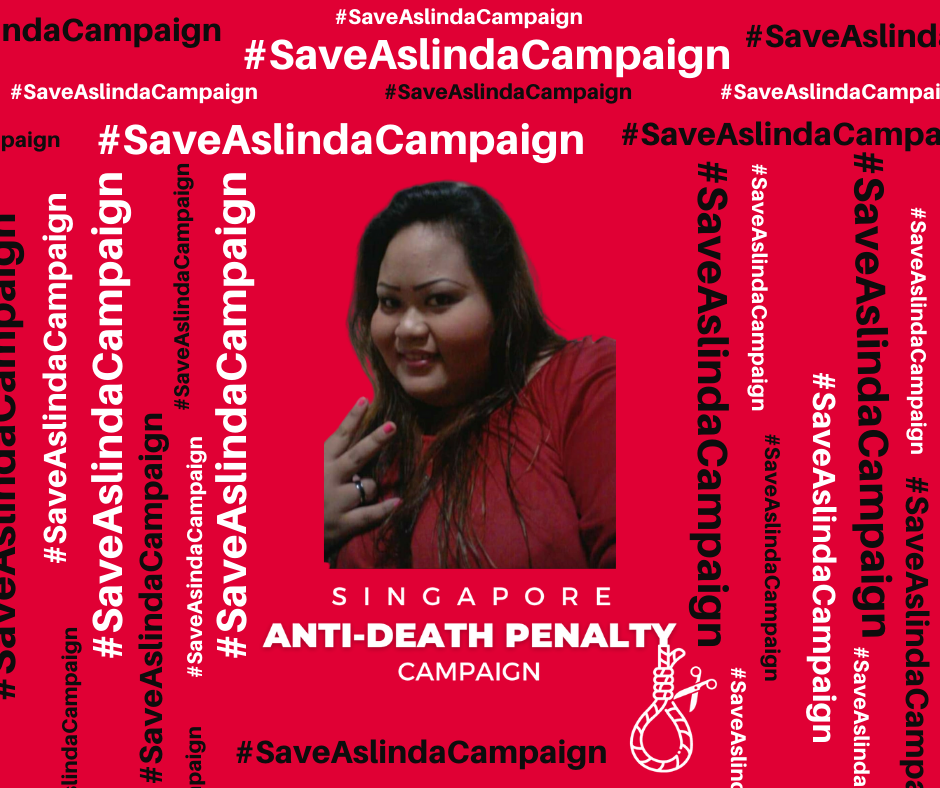 According to court documents seen by CNN, Aslinda and Yusri were stopped by customs officials in Shenzhen on October 24, 2015.

A search of their suitcases revealed 28 women’s handbags containing more than 11 kilograms (24 pounds) of methamphetamine stitched into the lining. If sold per gram, that amount of meth could be upwards of $220,000 in the US.

Both denied any knowledge of the drugs. Aslinda told the court how, while looking for jobs online in late 2014, she met Chibuzor Onwuka, who offered her generous commissions to transport goods from China to Cambodia. Around once or twice a month, Aslinda said she would pick up goods in Guangzhou and fly with them to Phnom Penh.

It is unclear whether Onwuka has been arrested, with court documents saying only that his case was being “handled separately.” He could not be reached for comment.

The goods she transported were usually women’s lingerie, handbags and toner cartridges, and while Aslinda admitted to having doubts about the scheme, she told the court she was convinced by Onwuka’s explanation that the handbags were highly profitable as they were sold to prominent Cambodians.

In July 2015, Aslinda introduced Yusri to Onwuka and they began carrying goods together. Onwuka paid them $2,000 to $3,000 each per trip, they said, and also covered their airfare and hotel bills. By the time they were arrested, they’d done two trips tog

At trial, the judge rejected the pair’s arguments that they didn’t know what was in the handbags, ruling that they were either aware or should have been aware of the contents given the “unusually high remuneration” for transporting goods overseas.

The convoluted way in which they were told to travel — from Guangzhou to Hong Kong via Shenzhen then Phnom Penh — should also have raised suspicion, the judge said, as direct flights were available to the Cambodian capital.

Singapore’s Ministry of Foreign Affairs did not respond to CNN’s request for comment about Aslinda’s case.

Aslinda’s case is being appealed to the Guangdong High Court, her legal team said. If the court does not overturn the judgment, her death penalty could be carried out within weeks.

Prosecutors in Guangdong and China’s Ministry of Foreign Affairs did not respond to a request for comment. Referring to a similar case earlier this year, a spokesman for the foreign ministry said China applying the death sentence “for drug-related crimes that are extremely dangerous will help deter and prevent such crimes.”

“Chinese law stipulates that every criminal is equal in the application of the law,” spokesman Zhao Lijian said.

Meanwhile, back in Singapore, her family is trying desperately to save her from this fate, through diplomatic channels and the Chinese legal system, where acquittals are incredibly rare. 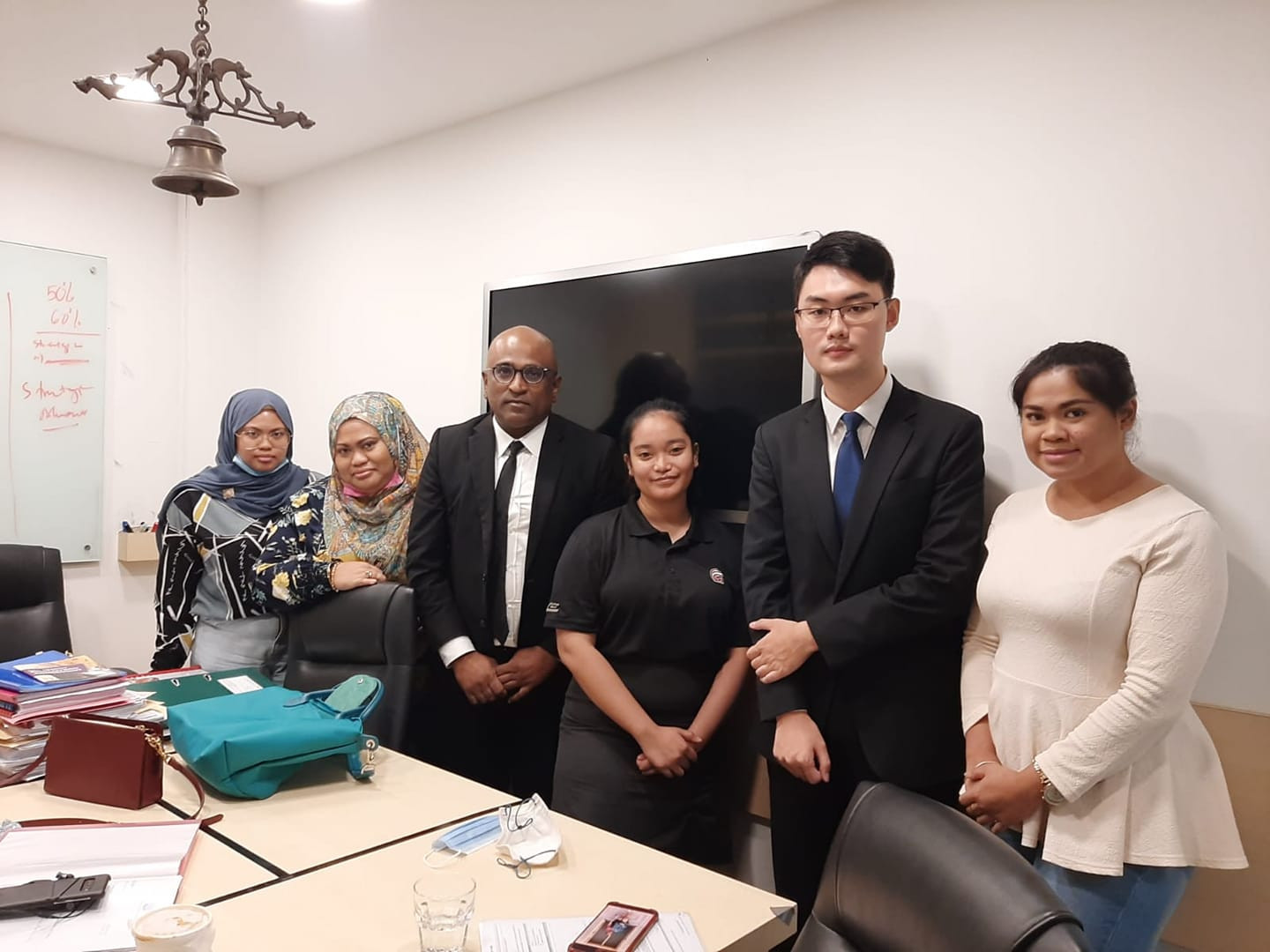 Her family with legal team

Her daughter, Ismiraldha Abdullah said she was “worried and scared,” unsure if the work she and others are doing in Singapore will have any effect on her mother’s fate in China.

M. Ravi, a Singaporean lawyer who has been advising on the case said it has been very difficult to get a pro bono lawyer in China and the family cannot afford to pay for one,

“I’ve been trying to liaise with some international networks I have to get a pro bono lawyer, but her case is (moving forward) and we don’t know when it might reach the next court.” he said.

On Thursday, December 24, the lawyer posted CNN report on Aslinda and accused the media of being silent on her plight.

“Whilst local mainstream media is silent on Aslinda’s plight, international media like CNN has reported on Aslinda’s case and have weighed in on the pertinent issues.” he wrote.