Blackface of the defunct Plantashun Boiz, a Nigerian singer, has called out his junior colleague, Asake, for alleged theft.

Blackface accused Asake of not seeking his permission before remixing his song in a series of tweets. He noticed how the artist was attempting to outwit him, but he is far smarter than Asake believes.

Blackface pleaded with him to do the right thing or face his wrath. 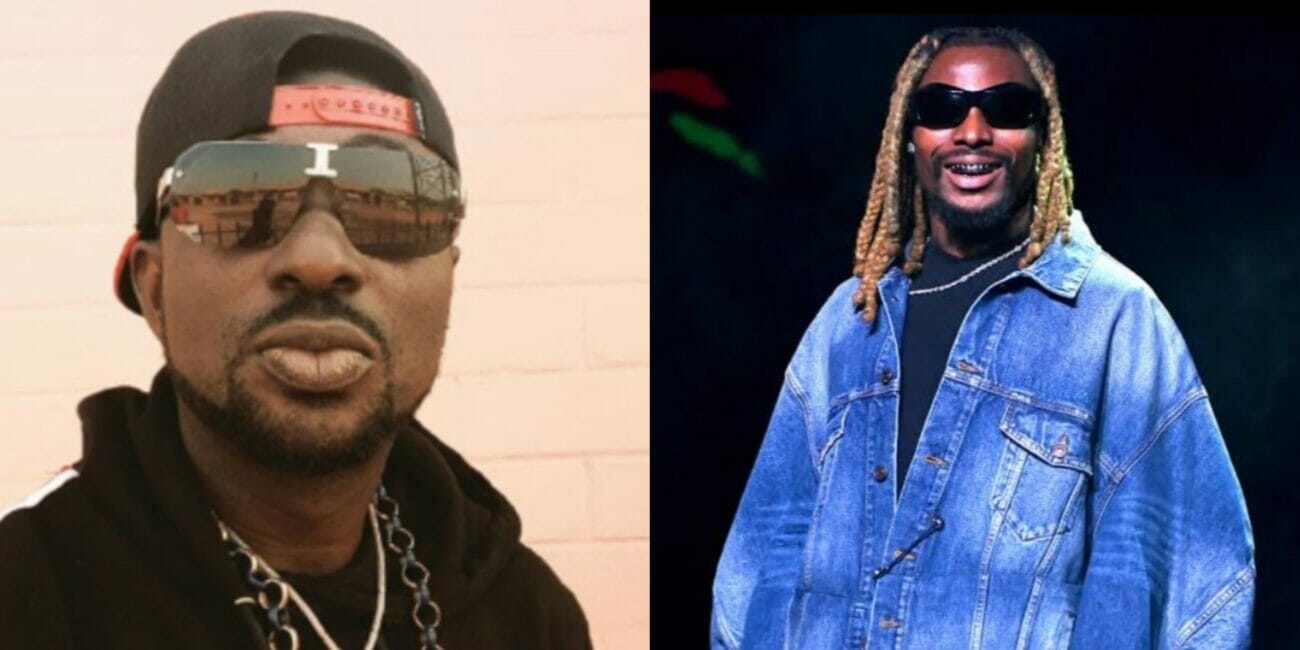 “You spend $165k dollars to shoot musical video for your artist. Una no fit use 100 naira call the owner of the song before una remix am.
Una dey form say una smart I believe. E better make una do the right thing because this one I no go sorry for una! I dey come”.

Blackface explained further about the song theft while responding to his Twitter fans.

He noted how many upcoming artistes love music, however, it doesn’t give them right to sample, remake or remix works he has already released without permission.

Blackface added that they are the ones who sabotage him, yet many choose to believe them.

“The love music I know. But that doesn’t give them the right to sample, remake or remix works I have already released without proper permission? I guess they are the real ones sabotaging me while they steal my works N some of una self no know what’s original and what’s fake”.

“My people are never like just some uncreative stage occupies stealing others intellectual properties without fear of copyright laws.

“Them never use them as example yet very soon copycats go find out say they can run but they can’t hide”.

Blackface calls out 2face over theft

Over the years, Blackface has accused several artistes of intellectual theft.

He and 2face, his former band mate went back and forth over an intellectual property.

The singers had a messy social media fight on who wrote the hit song African Queen. The song which was released in 2004 helped showcase 2face before an international audience and helped him emerge the first Afircan to win an MTV Europe Music Award.

However, his former band member, Blackface, had claimed to be the writer of the song. Blackface had also laid claim to another song by 2face titled Let Somebody Love You.

The singer had dragged former 2face, to court over the song. He revealed that he waited this long before filing a complaint in court because he was given 2face the chance to do what’s right.

2face in return, dragged him to court demanding for N50 Million as compensation.

However, Blackface had issued an apology to 2face Idibia.

This was after 2face withdrew his N50million defamation suit against Blackface and an out of court settlement was agreed by both of them.

Also, Blackface had dragged Wizkid and Banky W to court over theft of his intellectual property.

The singer took to Instagram to make the announcement where he mentioned that he had been quiet about the issue since 2011 all because he felt lawyers shouldn’t always be involved in music.

To him, if people could sue him after stealing his songs, why not sue those who stole yours? Read more here.