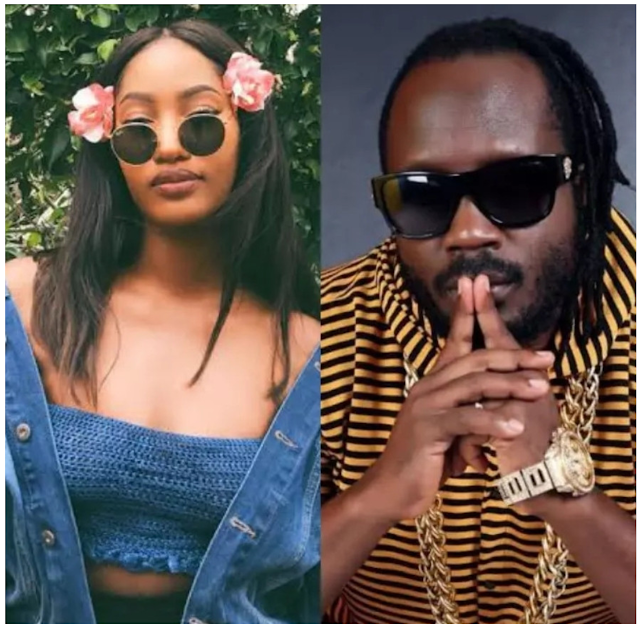 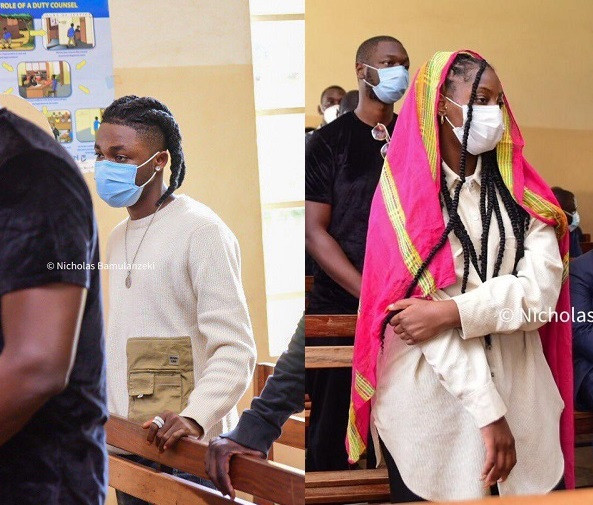 Bebecool is said to be one of the people who spearheaded the arrest of Nigerian artists as he made a post on Facebook before the incident, saying that he was going to make it.”every effort to fail the event.” 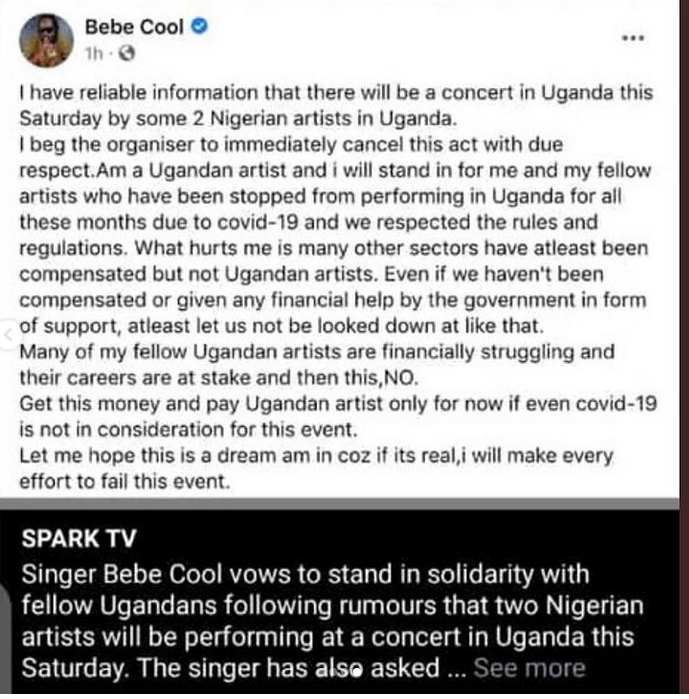 On Friday, 18 December, Tems reported that Bebe Cool had called the police and had them arrested. She also accused the Ugandan singer of breaking the police to give him their release documents, because it would appear like he took a part in it. The songstress even warned Bebe Cool that she would flee Nigeria for the rest of her life, and that she would run for her life everywhere she was, because she would be pouncing on him.

This is what she tweeted:

@BebeCoolUG first of all, You are what I call a stinking dirty fucking BITCH

@BebeCoolUG You called the police on us. YOU got us arrested. Dickless fuck.

@BebeCoolUG Your friend broke into our room and took us after YOU called. Only for me to see you in the DPO’s office, chilling and Laughing with him. Lmao in my presence and you thought I would sit there and allow you to speak to me. YOU are worse than shit.

@BebeCoolUG I know you before? Who the Fvck are you? You followed the police around and bribed them to send you pictures of our release papers so that you can look like you had anything to do with the release. See your head? Na pit latrine dey inside not brain.

@BebeCoolUG I swear AVOID Nigeria for the rest of your life. If you ever find out I’m in the same place as you. RUN for your life because I will not be in chains. And nothing will stop me from pouncing on you. You should cut off your dick, it’s clearly too small to be useful.

This is the last time I’m speaking about this. Enjoy the Clout @BebeCoolUG  It is the most you will EVER get in your life. 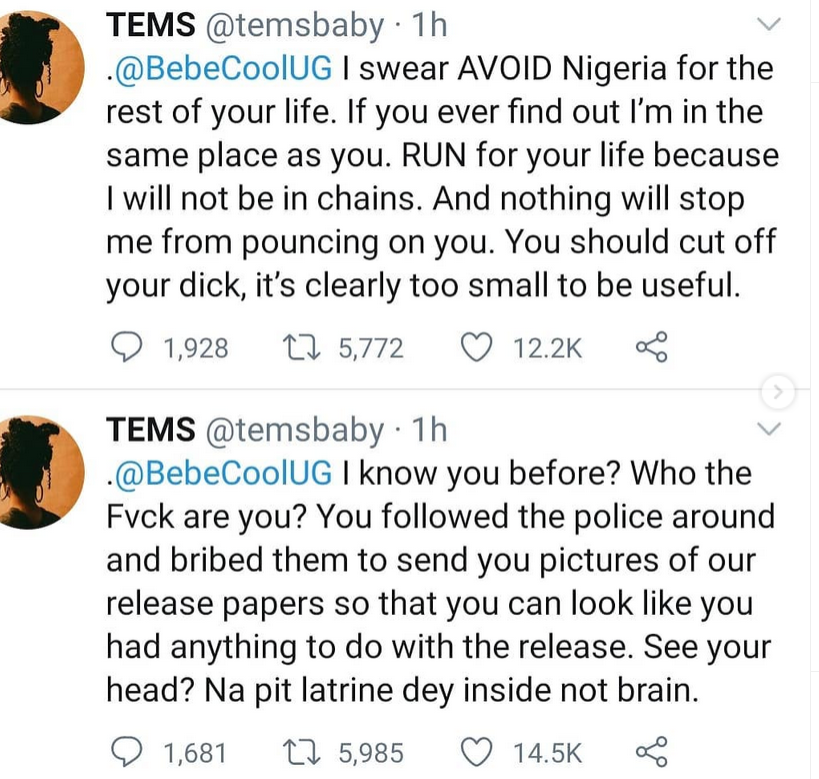 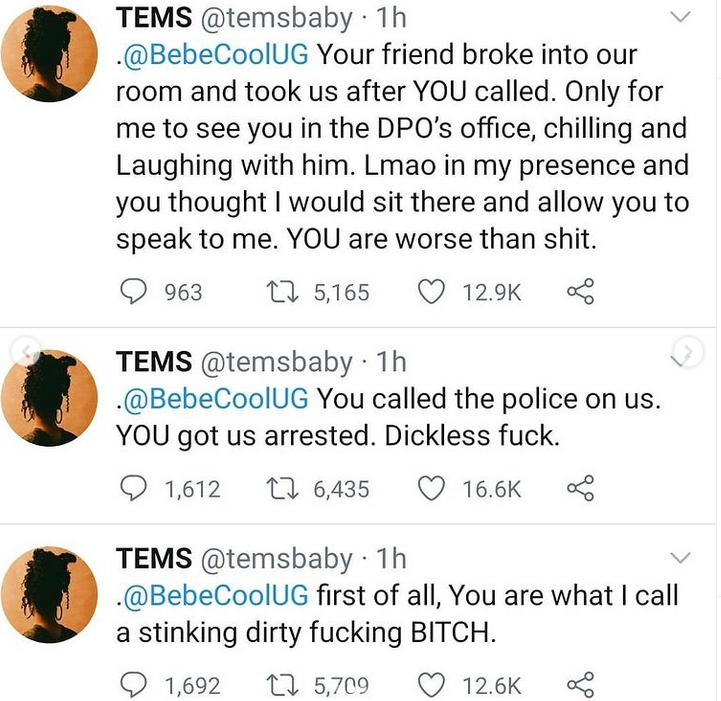 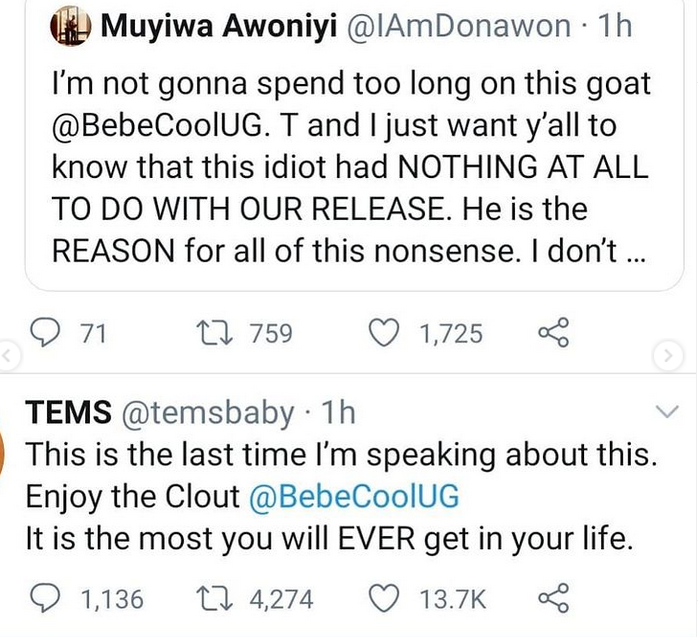