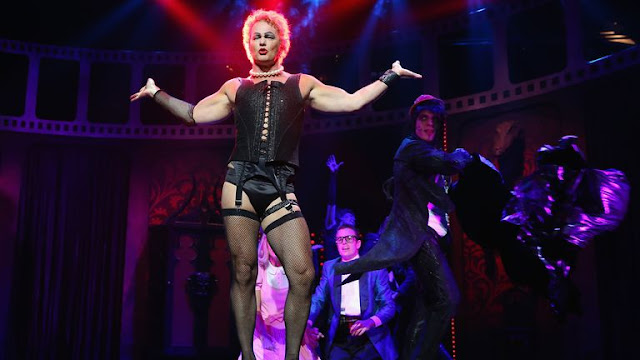 Craig McLachlan is an old stager of the Australian entertainment industry

Australian actor Craig McLachlan has been found not guilty of claims that he assaulted four women during a Melbourne stage show.

The allegations arose from a 2014 production of The Rocky Horror Show, in which the veteran actor played the lead role of Frank-N-Furter.

A magistrate handed down the ruling on Tuesday, clearing him of all charges.

In her decision, Magistrate Belinda Wallington said the women were “brave and honest witnesses” but their accounts of alleged incidents – including one accusation that Mr McLachlan had tickled the inner-thigh of a woman on stage – were not enough to prove intent.

“I’m unable to exclude the possibility that an egotistical, self-entitled sense of humour led the accused to genuinely think that … [she] was consenting to his actions,” she said, according to the ABC.

The trial had heard claims that Mr McLachlan had kissed one woman without her consent, and inappropriately touched another on other occasions.

Mr McLachlan had  strenuously denied the allwgations and told the court in November that hugs and kisses between performers was common practice in showbusiness.

He said any inappropriate touching on stage “could only have been accidental”.

Speaking to media in Sydney after the verdict, Mr McLachlan thanked his legal team for their “exceptional” efforts.

“We have maintained a dignified and respectful silence for the past almost three years and put our trust in the law. And here we are today,” he said.

After the women’s allegations were first published, Mr McLachlan began defamation proceedings against Fairfax Media, the Australian Broadcasting Corporation and a former co-star.

That case was delayed but is now expected to resume.

Internationally, Mr McLachlan is best known for his role as Henry Ramsay in the television soap Neighbours, appearing in more than 800 episodes. He later joined the cast of Home and Away.

He also had a brief pop career – his band’s cover of the song Mona reached number 2 in the UK charts in 1990.