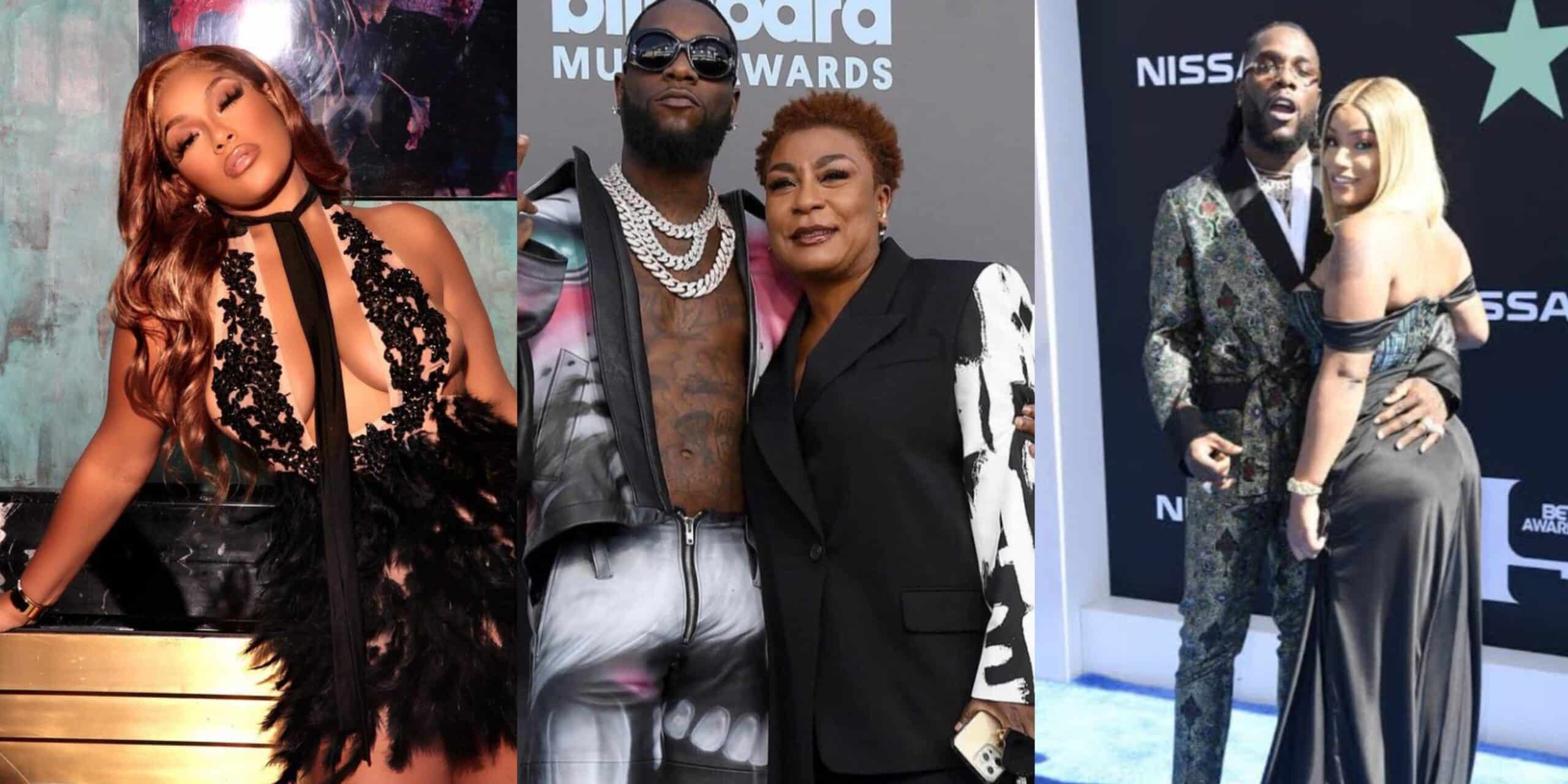 She and a friend were seen dancing to a song in which they mocked the singer for being a mummy’s boy.

She claimed that Burna Boy is a mummy’s boy rather than a man.

Burna Boy’s ex, Stefflon Don had reacted to his hit song ‘Last Last’ which many believed was about their relationship.⁣

In a chat with TT Torrez, the music star when asked about how her relationship with the singer crashed⁣ said, “You just gonna drop it like that? TT we are not going to talk about it. We were together for two and a half years,” she said.

When asked if she thought Burna Boy sold her out in the song, Stefflon Don said some parts of it were lies.⁣

“He something in it and I was like that is a lie.”⁣

Recall that Burna Boy released a song titled Everybody Go Chop Breakfast which was criticized for being directed to his ex-lover.

Stefflon responded to the critics by releasing her song titled ‘First Of All’ via her YouTube page, which she earlier stated in a tweet that the song is her side of the story.

However, in the song, she sent a message to the general public to mind their business.

She said, “So I just want to gather everybody here today, to say it is now time to mind your business. Not everything is for everybody.

Stefflon reveals why she broke up with Burna Boy

“I broke up with Burna Boy because he has a fragile ego. He sees his friend Wizkid as a competition, despite knowing Wizkid is bigger than he is. He can’t even satisfy me in bed. SMH. He bullied me the last time I wanted to talk, but not anymore,” she wrote on her Instastories.

Singer Burna Boy and Stefflon Don’s relationship took a nosedive in late 2020 after he was accused of cheating on her.⁣

He was accused of cheating on the British rapper with a lady, Jo Pearl.⁣

Jo Pearl alleged that she dated the Afrobeats star for two years.⁣

“Two years is such a long time for a person to be hidden,” she said in the video on Instagram.⁣

⁣
“It has affected me in so many ways, and I can’t hold it anymore to protect people that wouldn’t protect me.”⁣

According to her, it was Burna Boy who sent her a message on Instagram about two years ago. It took her two weeks to reply because she was reluctant at first before her friends persuaded her.⁣

She did it unwillingly, and they started talking. Burna Boy invited her for his pop-up show in the United Kingdom, which was the first time they met.⁣