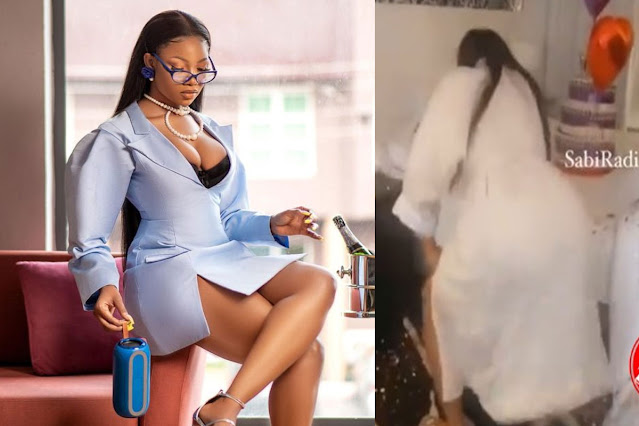 Natacha Akide, simply called Tacha, celebrates her 25th birthday today  December 23.  she woke up with  a resounding birthday surprise as her friends stormed her house with a saxophonist playing soothing melodies to her and popular renditions for her to jam to.

In a video sighted on Sabiradio’s Instagram page, the Big Brother Naija season four reality show,double wahala  housemate was seen in her bathrobe twerking up a hurricane amid cheers from her friends.

Tacha recently revealed that her disqualification from the Big Brother Naija reality show paved way for her breakthrough.

According to her, her disqualification from the Big Brother Naija season four (Double Wahala) on September 27, 2019, was a very low moment for her because she almost got to the finals and being dropped.

She further said  that there is a stigma behind being disqualified, but started doing well a year later.