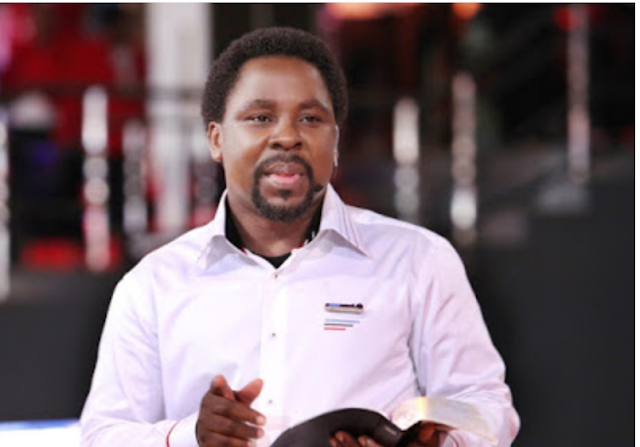 The founder of the Synagogue Church of All Nations (SCOAN), Prophet TB Joshua, has repudiate saying Senator Orji Kalu would be the next president of Nigeria.

Joshua made the explanation in a tweet posted on Monday.

The contentious cleric pastor the story making the rounds as “fake news”.

“He said he has been on his prayer mountain for five days now and could not have made the statement’.

“FAKE NEWS ALERT! Please be informed that the story circulating titled “Orji Kalu is Nigeria’s Next President, says TB Joshua” is NOT from TB Joshua.

“TB Joshua is not around; he is at the Prayer Mountain in a rural area for the past five days,” the tweet read”.

The prophet was reported to have said over the weekend that President Muhammadu Buhari’s successor, would be a former governor from the southern part of the country who was held in prison